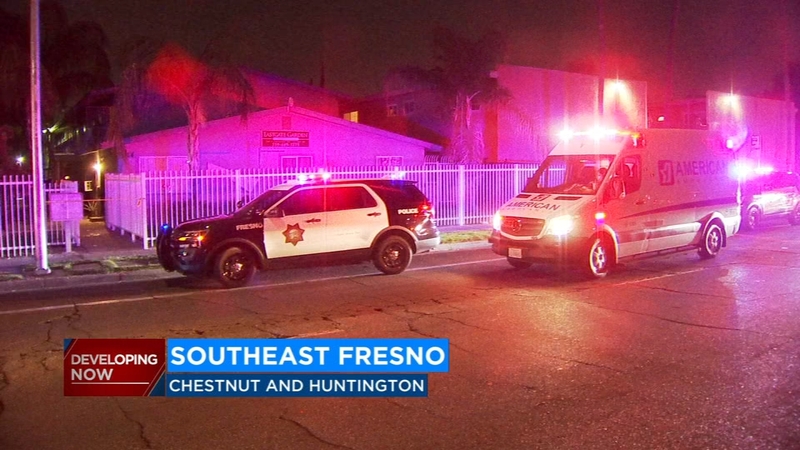 It happened at an apartment complex on Chestnut Avenue and Huntington Boulevard just after 9 pm.

Investigators say at least one suspect approached the men while they were sitting inside a parked car.

One man was hit in the arm, and the other was shot twice in the leg, officials say. Both men were taken to the hospital and are expected to be OK.

Witnesses say they heard as many as 20 shots fired.

No suspects were found in the area, but police did find shell casings around the vehicle.