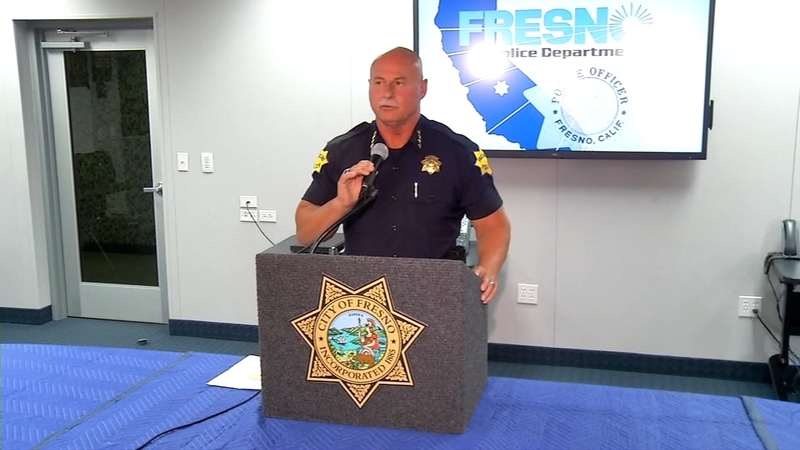 FRESNO, Calif. (KFSN) -- In just a few seconds any weapon can be deadly, but when the littlest hands don't know better, Fresno Police Chief Jerry Dyer says it is up to a community to take action.

Young Jace Alexander was being cared for by two adults who were playing video games in another room. A sudden loud sound from the next room changed many lives and ended Jace's.

"When they went into the bedroom that's when they found two-year-old Jase Alexander sitting on the floor in a pool of blood with a self-inflicted gunshot wound," said Fresno Police Chief Jerry Dyer.

The gun lock is easy to use and a simple measure to preventing a tragedy. pic.twitter.com/NYHHr9euSe

Jace's story is heartbreaking but not unheard of. Over 115 children have been accidentally shot this year in the U.S. alone. Chief Dyer says 1.7 million children nationwide live in homes with guns that are not secured properly. He estimates Fresno is no different. So the much-needed gun locks are free.

The only thing we have to pay for in the Fresno Police Department is shipping costs and we absorb that cost. It's a good investment for our children in Fresno," said Dyer.

Officers say these tragedies are among the hardest to respond to- especially when many parents who have gun safes continue to leave their weapons out. Dyer says this includes the babysitter who owned the gun that Jace got his hands on. Kids are observant and that is why guns should always be locked up.

"Approximately one in three handguns are kept loaded and unlocked or unsecured in homes and most children know where their parents leave those firearms."