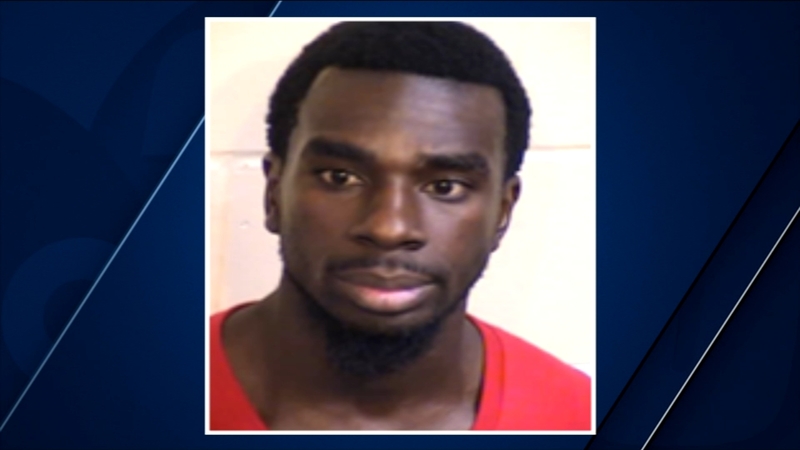 "Each time our officers responded to these robberies they kept getting the same description," said Fresno Police Lt. Dave Madrigal.

But authorities say it is what Onyegegbu said before demanding the cash that linked him to each crime.

"He was very polite and apologetic he would always say I'm sorry nothing personal I've got kids to feed but give me the money," said Lt. Madrigal.

All of the robberies happened within a mile of each other.

The first one at a gas station on October 10.

Then Onyegegbu is accused of striking again at this Walgreens nearly two weeks later.

But it is his final stop at this Little Caesar's pizza on Monday that hit home for Christina Sayaakhammy.

"It's just getting dangerous."

She works at the nail salon right next door and says because of the robbery her boss made some changes for their safety.

"We're going to have to stop taking clients at an early time and we're going to have start locking the doors at our closing time 6 p.m.," said Sayaakhammy. "And now we just got the buddy system to walk each other out to our cars."

Something Hussain Alfarah is considering doing too.

He recorded this video of police on scene after the heist.

While he is still shocked by what happened he says he is even more stunned with how politely the alleged bandit handled himself.