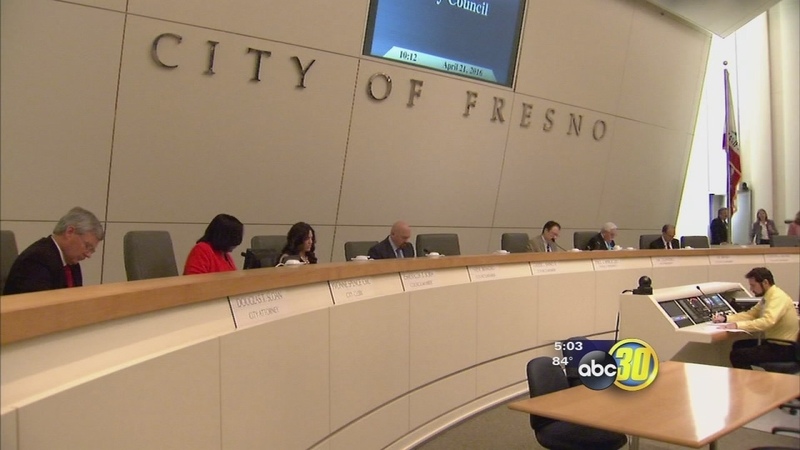 FRESNO, Calif. (KFSN) -- The Fresno City Council has approved a lease agreement to put a police station inside the Manchester Mall. The deal came together after the mall agreed to make changes to address the safety concerns of the police officers who will be stationed there.

A lot of people are worried about what will happen to their cars when they are parked anywhere in the city. Police officers are no different. They were concerned that moving into the shopping mall would leave their personal and patrol cars vulnerable to thieves and vandals.

The plan is to move about 100 police officers and support personnel to the Manchester Center, and Mall FPOA Vice President Damon Kurtz told the City Council officers wanted assurances their cars would be safe.

"We've had cars vandalized, personal and patrol vehicles, we even had one firebombed in the southwest station. So these aren't unreasonable expectations for our city to do this."

Mall management quickly agreed to give the city about 90 spots in the malls underground parking garage. They also agreed to officers concerns by relocating a proposed locker room and restricting public access to police areas.

"We will do what needs to be done to take care of this situation, and those obstacles that may come to light," said Mo Bugunu, Manchester Mall Center General Manager.

Police Chief Jerry Dyer assured the council all of the officers safety concerns would be addressed. Most important he said, was by bringing back a Central Policing District, which had been eliminated five years ago, officers ability to fight crime throughout the city would be improved.

"Our response times to in-progress crimes and life threatening calls had increased dramatically since the closing of the Central District," said Dyer.

Dyer said response to life threatening calls was taking over nine minutes. He told the council the new central district would absorb parts of the current northwest and northeast districts, he said with more officers patrolling the center of the city, that time would be reduced.

"Anytime you have a concentrated focus of officers within a policing district, that's where they are going to be and respond to calls for service," said Dyer.

The City Council unanimously went along with the lease, and the police operation on the second floor of the mall should be operating by August 1st.