EXCLUSIVE: How a Fresno Army veteran helped save his family when a gunman fired into his apartment 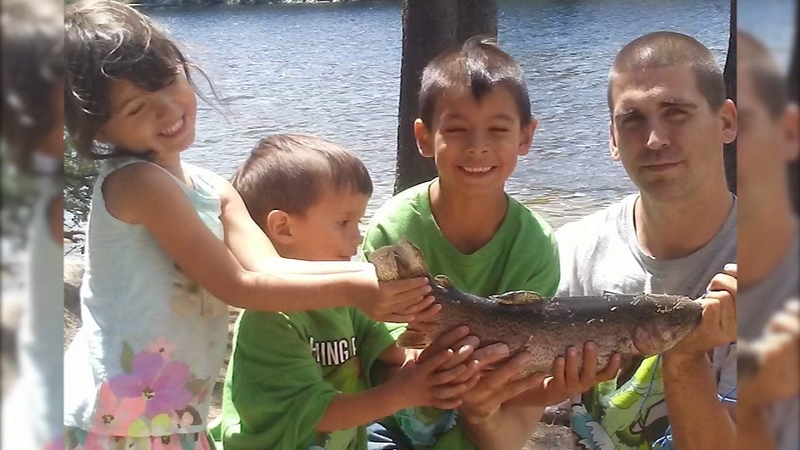 EXCLUSIVE: How a Fresno Army veteran helped save his family when a gunman fired into his apartment

FRESNO, Calif. (KFSN) -- Two central Fresno parents are dealing with the trauma of a shooting that sent their 5-year-old daughter to the hospital.

Sunday was a typical night for Andrew Ritterbush and his family at their Ashmark Arms apartment.

His wife was in the kitchen cleaning up as his kids prepared for bed.

His 7-year-old son was showering and he was in the living room, playing with his 3-year-old son and 5-year-old daughter Kameko.

"I looked up and I started seeing the holes appearing in the door," says Andrew Ritterbush.

Fresno police say more than a dozen were fired into the home.

Ritterbush yelled for everyone to get down as he pulled his daughter to the floor.

"There were a couple of rounds that had a trajectory around me and my son and my daughter that if we had moved we would have been hit," Ritterbush says.

When the gunfire stopped, he grabbed his children and ran to the bedroom.

That's when he noticed Kameko was injured.

"I noticed that she had blood coming from her left eye," he says.

Kameko was hit by a piece of shrapnel.

Ritterbush, an Army veteran trained in combat lifesaving, did what he could for his daughter.

His wife by his side.

"We were able to stop the bleeding from her eye, my wife was with just some light pressure," he says.

She was taken to the hospital where the bullet fragment was removed.

Police say overall she is expected to be okay, but they're not sure if doctors will be able to restore vision in her damaged eye.

Police believe the family was not the shooter's intended target.

Now they're asking the community to help track down the suspect as Ritterbush demands justice.

Anyone who may have seen or heard anything is asked to call the police department.