KFSN
FRESNO, Calif. (KFSN) -- An unfamiliar sight for residents of the Westlake Mobile Home Park, as police vehicles secure a perimeter, homicide detectives canvas the area for evidence to determine what led up to a deadly stabbing.

#BREAKING Fresno PD on scene of a fatal stabbing in NW Fresno. They say just before 6pm, PD responded to a "family disturbance." Upon arrival found a 62 y/o man with stab wounds. Pronounced dead at hospital. @ABC30 pic.twitter.com/4IN7HzZSRO

According to investigators, at around 6 p.m. Sunday evening, police were called to the Ashlan and Marks address for a family disturbance call.

"One of the people from the family did call to indicate that there was a problem and as officers were responding the problem escalated,"Lt. Michael Landon of the Fresno Police Department said.

Upon arrival, they found a 62-year-old man, identified as Mitchel Shaffer, suffering from several stab wounds. Police have not indicated whether the victim was conscious but he was transported to a local area hospital where he was pronounced dead.

Police have detained three people that were home at the time of the stabbing for questioning.
Report a correction or typo
Related topics:
fresno countymobile homesstabbing
Copyright © 2020 KFSN-TV. All Rights Reserved.
STABBING 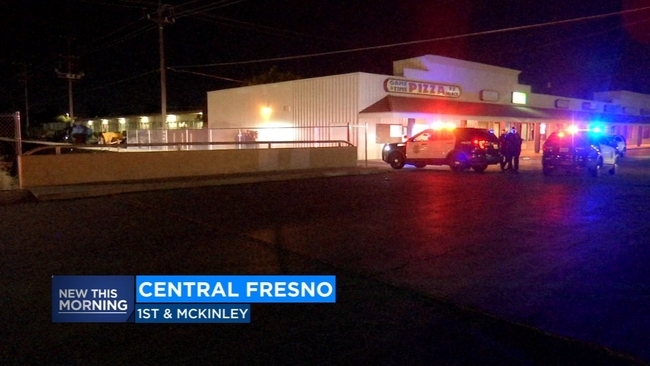