Fresno police are investigating the city's 29th homicide of the year after a man was found dead on Tuesday morning.
KFSN
By Corin Hoggard and ABC30.Com Staff 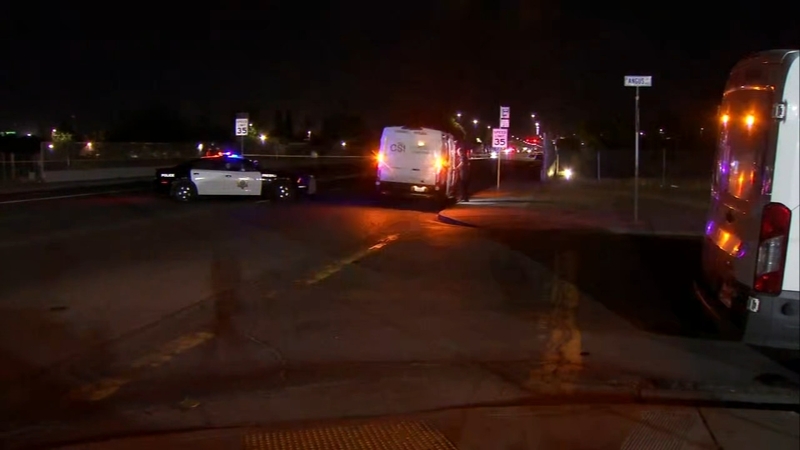 FRESNO, Calif. (KFSN) -- Fresno police are investigating the city's 29th homicide of the year, almost three times as many as the ten they had at this time last year.

Police found a man lying on the ground and couldn't revive him.

Officers had no idea how he got there, but a first glance at the body gave them a clue.

"He did have some trauma to his body including what was possibly some sort of a puncture wound to his back," said Lt. Robert Beckwith of the Fresno Police Department. "We're not sure the significance of that."

They found out soon after that coroners determined the 38-year-old victim suffered a gunshot wound.

The coroner's office hasn't publicly identified him because they haven't notified his family yet.

Meanwhile, investigators spent most of the morning blocking traffic and looking for evidence.

Police found the victim on the sidewalk on the north side of Belmont, just a short distance from where it crosses over Highway 41. The fence is cut there for people to access the side of the freeway and homicide investigators noticed.

"They'll look to see if there's any connection to homeless activity in that area and they'll be looking for witnesses to give them any further information," said Lt. Beckwith.

Neighbors told Action News they didn't see anything until police got here and knocked on their doors.

Detectives are hoping JD Home Rentals or the auto shops across the street might be able to help them figure out what happened.

"We're canvassing the area," Lt. Beckwith said. "Detectives are still working that, checking cameras, any footage, anything that may have picked something up."

Anonymous tipsters could end up being their best bet for help, so they're hoping someone will call Crimestoppers at 498-7867.

SB I-5 at Grapevine reopened after crash