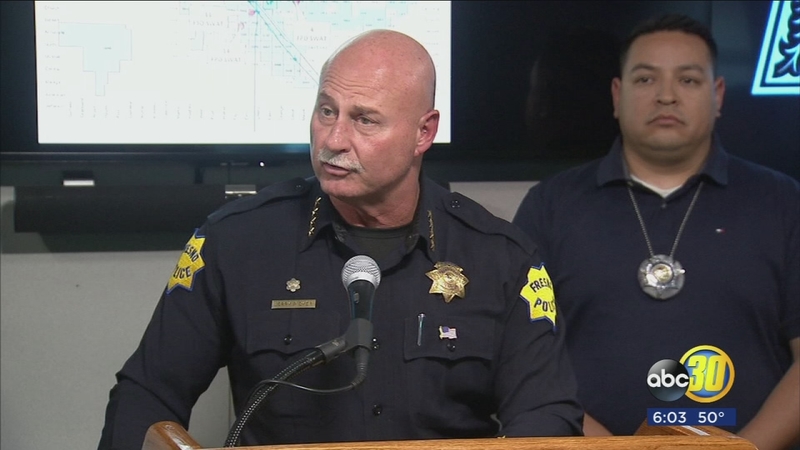 Police Chief Jerry Dyer says the goal was to reduce the violence.

"As of today, we've had 507 shootings that have occurred in our city this year. We have 55 murders, of those 29 have gang members as a suspect or victim," said Dyer.

180 officers from the Fresno and Clovis Police Departments along with the Fresno County Sheriff's department and federal agents hit 15 locations.

"We had one location on Abbey where two individuals refused to come outside of the business, and the SWAT Team had to make entry and arrest those two. One of those individuals was a person wanted for attempted murder out of Woodland, California. "

At the end of the day, four arrests were made, but police are confident they will catch the other 11 they wanted. In addition, six guns were recovered, four of those had been reported stolen.