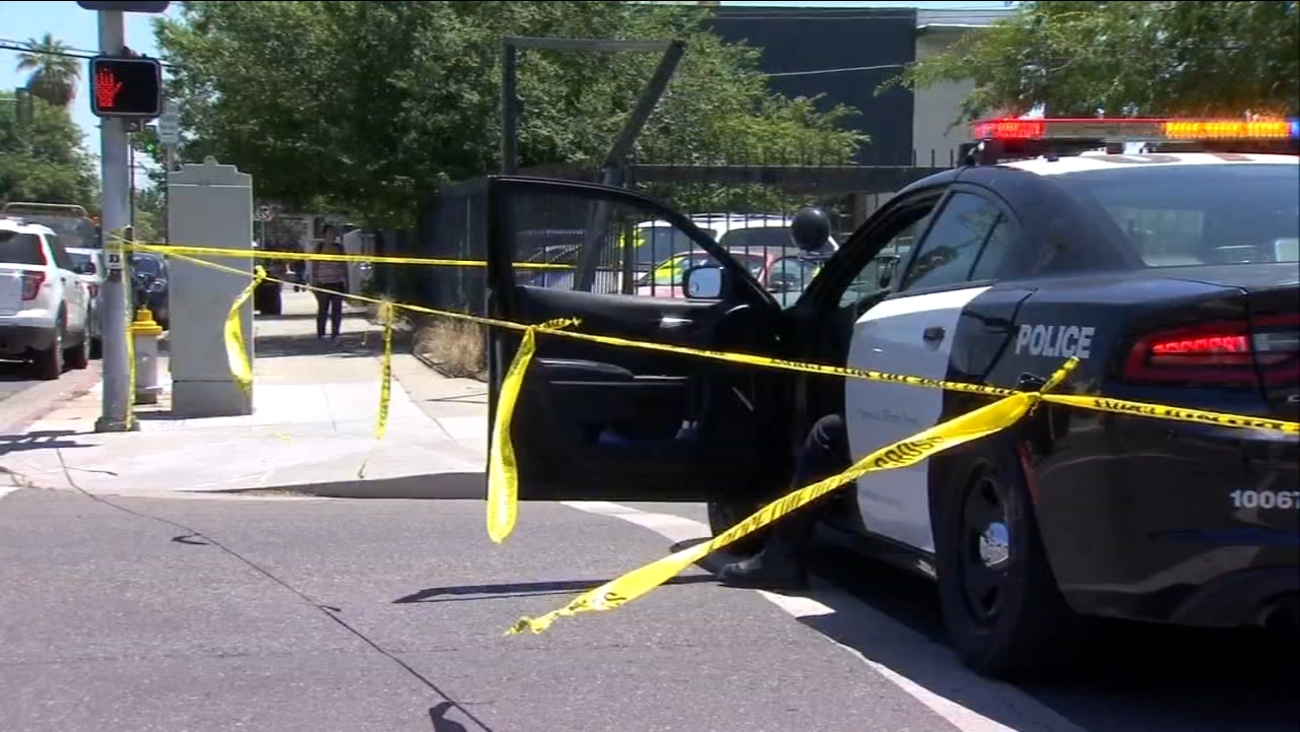 Police are looking for the suspect involved in a deadly stabbing outside a rehab center near Downtown Fresno.

FRESNO, Calif. (KFSN) -- Fresno Police say they have arrested a suspect for a deadly stabbing outside 'Turning Point,' a rehab center near Downtown Fresno.

In a news conference Thursday, Fresno Police Chief Jerry Dyer announced that 57-year-old Zyad Abdulaziz Alsaid has been arrested and booked into the Fresno County Jail for the murder.


Officers were called to 'Turning Point' near Blackstone and McKenzie around 11:30 a.m. on Friday, June 14th for reports of a stabbing.

Police say the victim, 32-year-old Matthew James Chavez, was standing outside when he was stabbed multiple times in the upper body.

Both Chavez and Alsaid were clients at the rehab center at the time of the crime.

Earlier this week, a nearby business owner found a knife with blood on it, which helped detectives build a case against Alsaid.

Alsaid is from Palestine but has lived in the United States for the last 45 years. He has a violent past, going back more than 30 years, and he has previously served ten years in prison.
Report a correction or typo
Related topics:
fresno downtownmurderrehabhomicide investigationdrug treatmenthomicidedrug addictionfresno police departmentstabbing
Copyright © 2020 KFSN-TV. All Rights Reserved.
More Videos
From CNN Newsource affiliates
TOP STORIES