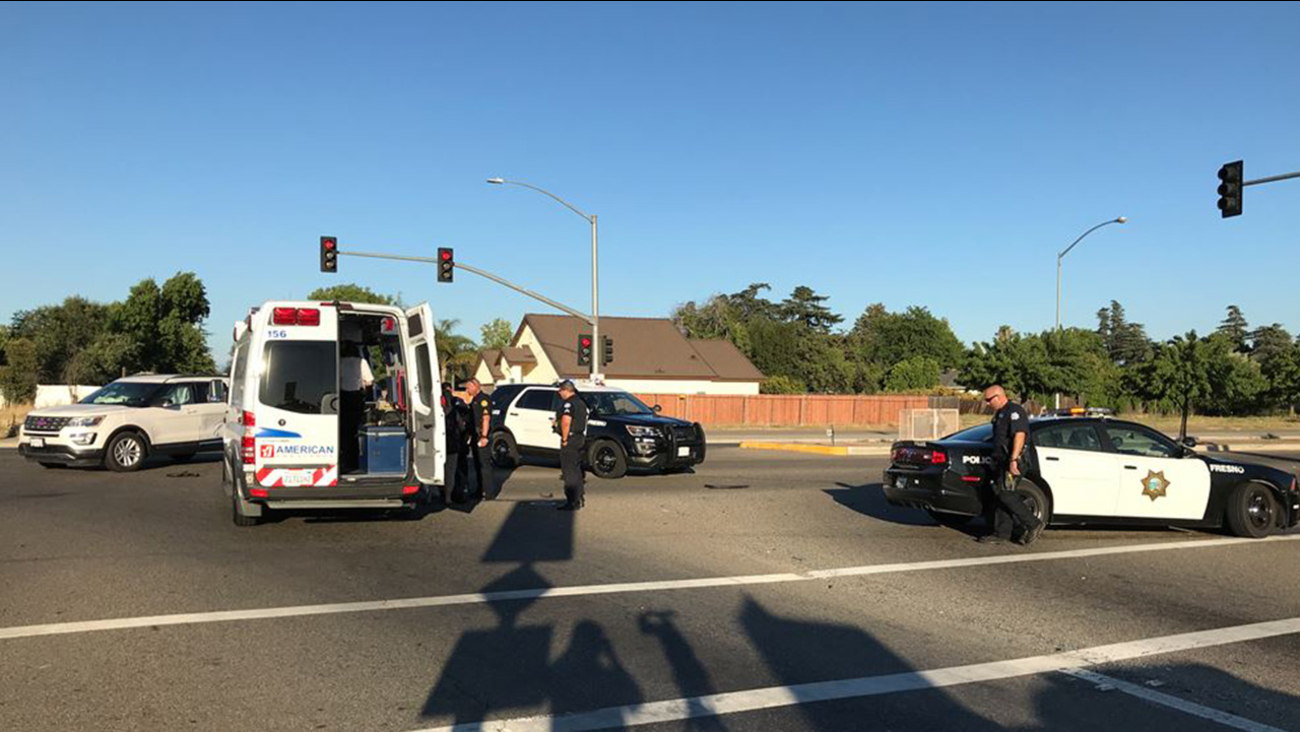 Fresno Police have closed off a portion of Peach Avenue near Highway 180 after a crash involving an officer. (KFSN-TV)

FRESNO, Calif. (KFSN) -- Fresno Police have closed off a portion of Peach Avenue near Highway 180 after a crash involving an officer.

It happened just before 7 p.m. Authorities say the officer was responding to a disturbance in the area when she collided with another vehicle at the intersection near the off-ramp.

#UPDATE: @FresnoPolice officer taken to hospital after crash near Hwy 180 & peach. Authorities say she was responding to a call using lights & siren when her patrol car and another vehicle collided. Unclear who was at fault. Ofcr expected to be ok. Other driver taken to hospital pic.twitter.com/kic2ocA5E1

Both the officer and the person in the second vehicle were taken to the hospital; they are expected to be OK.

Part of the road near Peach Avenue at Highway 180 will be closed for at least an hour as police investigate who had the right of way.