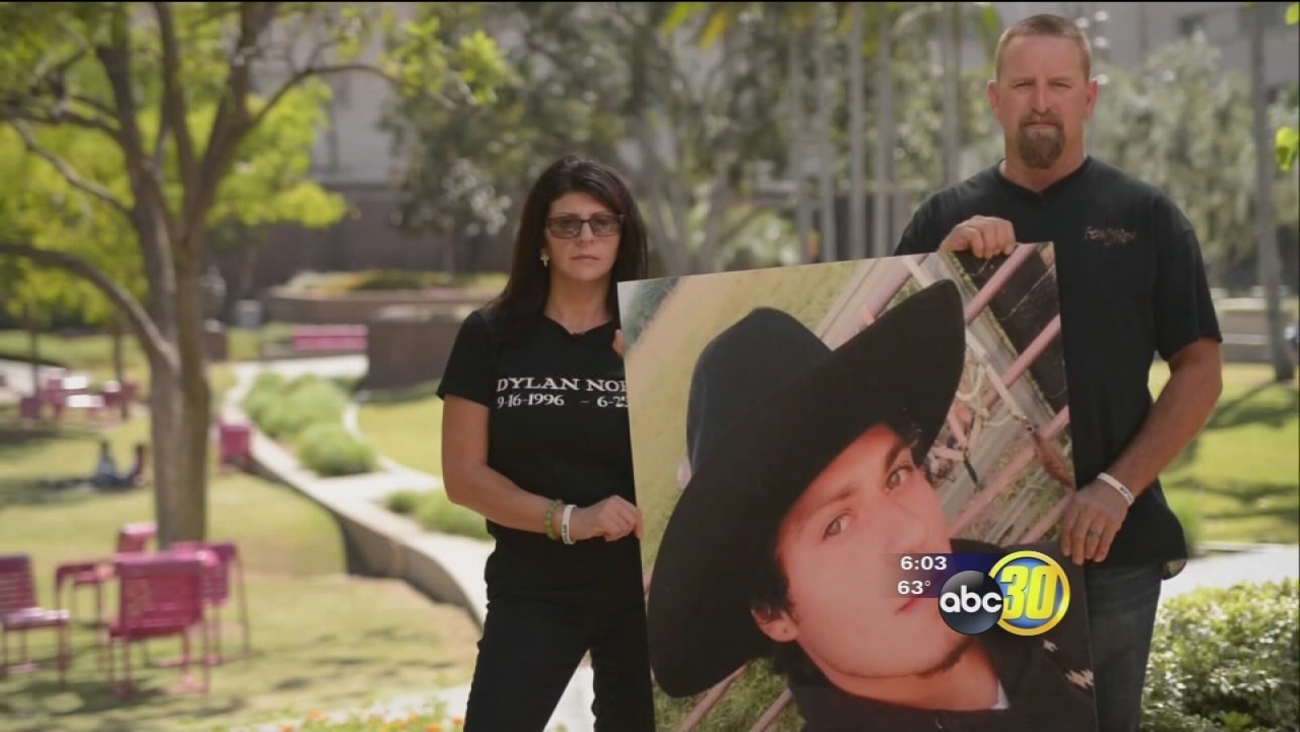 FRESNO, Calif. (KFSN) -- Federal court documents reveal there are still two active investigations into the death of Dylan Noble, both of which could result in criminal charges against the officers who shot him.

Noble was shot and killed by Fresno Police officers after ignoring commands by police after he was pulled over.

A judge on Monday ordered the department to release new documents related to his death.

A federal judge gave a mixed ruling Monday, requiring a gag order for much of the information requested by attorneys for Dylan Noble's parents. But the ruling includes an order for the release of many "objective factual documents" without any gag order.

In October 2017, Action News requested information from the city about the investigations it says are still active. The city attorney's office rejected the public records request.

- Fresno police officers shot and killed Dylan Noble in June 2016. A video came out in the coming days showing him making hand movements and seeming to ignore officer commands.

- In December 2016, Chief Jerry Dyer released results from an internal investigation. He said the officers mostly stayed within department policy but said he would discipline one of them for tactics used (or unused) in the 14 seconds before the officer fired the fourth and final shot.

- One week later, Fresno County district attorney's office announces it will not file criminal charges against the officers.

- Now, in November 2017, federal court documents show the FPD internal affairs Lieutenant says there are two ongoing investigations: A criminal investigation by the FBI, and a combination criminal and administrative investigation by the city of Fresno.
Report a correction or typo
Related topics:
fresnoclovisfresno countyofficer involved shootingshootingfresnoinvestigation
Copyright © 2021 KFSN-TV. All Rights Reserved.
RELATED Kohl's in north Fresno will soon have Sephora inside