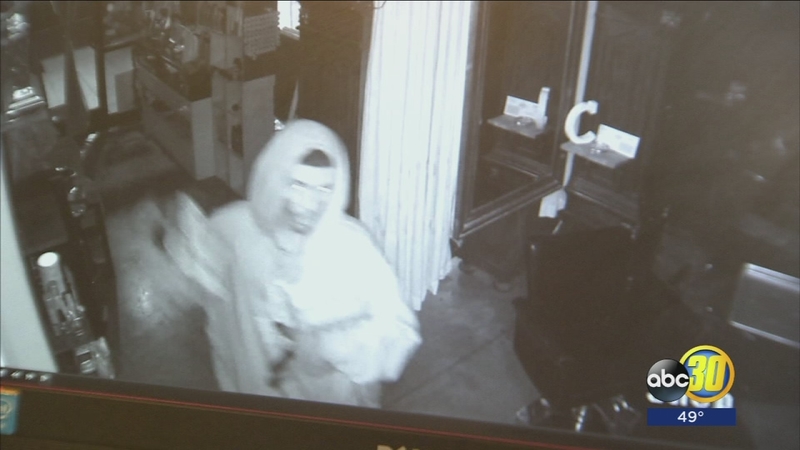 FRESNO, Calif. (KFSN) -- On a cold December night, it was not the weather that gave Cathie Morales chills -- it is what she woke up to the next morning.

Surveillance video shows a thief on a bike, shattering the front door of Morales' Hair and Nail Salon in Downtown Fresno.

Even more concerning, Morales' apartment is upstairs, where she and her daughter were when the midnight break-in occurred.

"I think that is the scariest part is that we were here asleep when someone's in your house," Morales said.

The thief used a curtain to rally up more than 2,000 dollars in hair products and jewelry.

Morales' daughter says after he was done he was spotted 30 minutes later returning for more.

"Yeah he came back twice and it was not even that short of period of time," Morales said. "I feel like he had the stuff and biked to wherever he is and then came back, realized nobody is here, let me see what I can get."

This time, the hooded bandit opens a door labeled "private" which leads to the family's home.

"It's just so weird that somebody else was in here like a complete stranger."

The suspect left seconds later, leaving the door open while making his exit.

Morales, however, says the worst part is not the damage.

It the timing of it all.