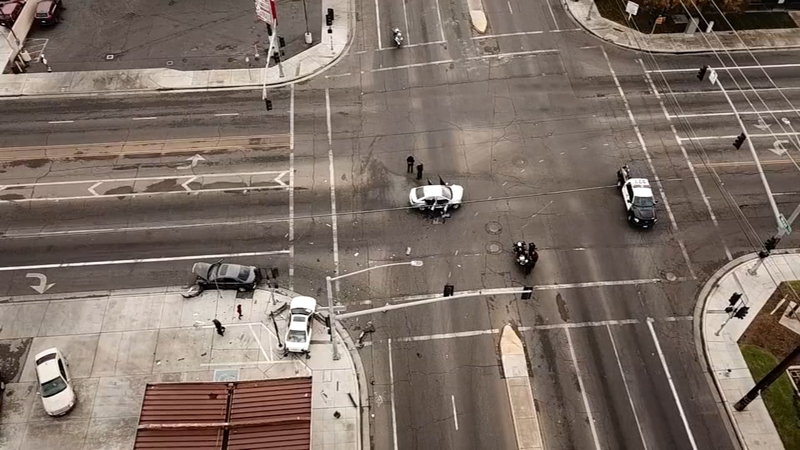 FRESNO, Calif. (KFSN) -- Fresno Police are still searching for a domestic violence suspect who led them on a high-speed chase before crashing into a pair of cars.

Investigators say the incident started Wednesday after 22-year-old Deangelo Webb got into a violent confrontation with his girlfriend.

Webb then allegedly stole her car and tried running her over before taking off.

Officers later spotted Webb near McKinley and West, where he led police on a chase before crashing down the street on Clinton and running from the scene.

"This is a very specific incident that happened between two individuals, and unfortunately, he made poor choices which put the community at risk," Fresno Police Lieutenant Joe Alvarez said. "Only because he was driving, there's no reason to believe he's a danger to anyone else."

Drone video from ABC30 insider "AB" shows the extent of the crash.

Three people were injured, including a 6-year-old who was transported to the hospital.