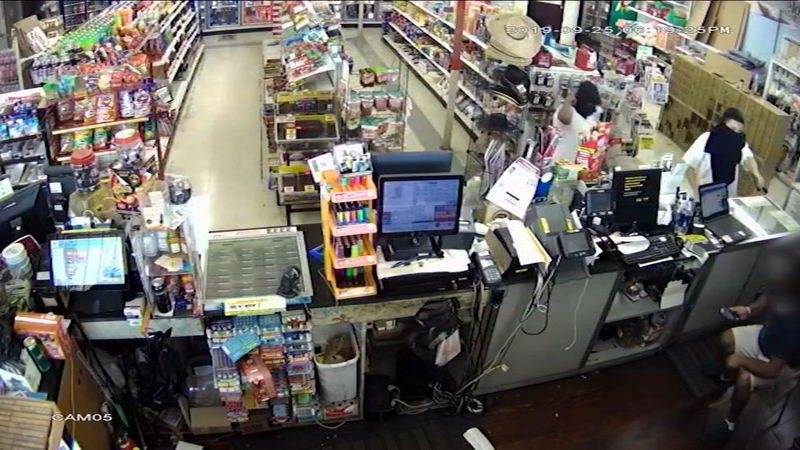 FRESNO, Calif. (KFSN) -- Fresno Police were called to one armed robbery after another. One of them was caught on surveillance cameras.

"Everything happened with tin the same amount of time so it raises our suspicion, buts it's too early to say that this was related," said Fresno Police Lt. Bill Dooley.

The first call came in a little before 4 p.m. on Wednesday.

Cameras caught two suspects walking into a market off Shields and Channing and aiming their guns at the clerk. They start demanding the cash, then point the gun to a nearby customer.

Then the suspects took off.

While police were investigating, they were called to another armed robbery off Marks and Emerson.

That victim told police he was walking down the street when a suspect with a gun walked up to him and demanded that he hand over the headphones he was wearing.

"He believed the there were two suspects...one who had robbed him and the other who was driving," Dooley said.

Around the same time, investigators got word that a victim arrived at Community Regional Medical Center with a self-inflicted gunshot to his abdomen area, however, they can't say whether any of the cases correlate.

"There have been reports of the robberies being related to that shooting victim. We have not made that determination," Dooley said.

Police say they're still canvassing the surveillance video, and looking for fingerprints in hopes of tracking down the suspects.

Police aren't releasing any details on the suspect vehicle just yet.