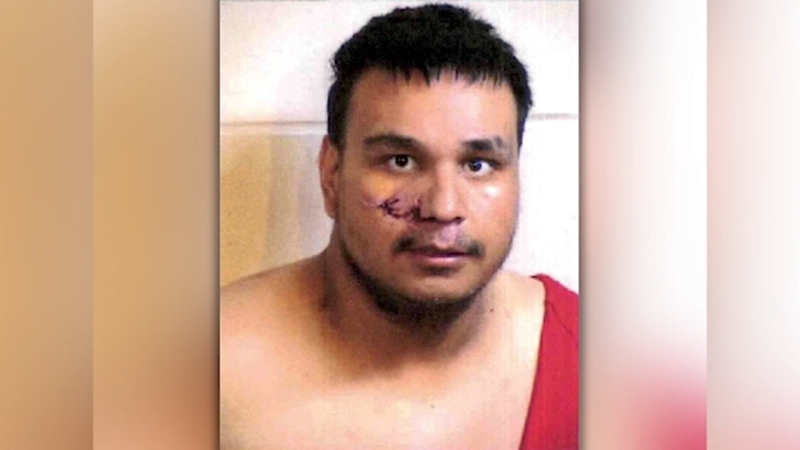 FRESNO, Calif. (KFSN) -- Action News has the public's first look at a July 2017 Fresno police chase and shooting -- a dangerous drive with a surprise ending, a confession, and a short prison term.

Fresno police had tracked Homar Cardenas for 45 minutes by the time he burst through the fencing at Simonian Farms on Clovis and Jensen, just outside Fresno city limits.

How they got to that point helps to explain what happened next.

A 911 caller reported Cardenas behind the wheel of his SUV and acting unusually.

"It looks like he's drunk or something, or high," the caller said.

Cardenas was driving the wrong way on Clovis Ave. when police picked up the chase for the last time.

That's where the video Action News acquired through a public records request starts.

Surveillance video from Simonian shows him backing up towards officers who thought they finally had him stopped.

One of them hopped out of her squad car and right back in as he hit her car. She suffered minor injuries.

Body camera video from at least three officers shows the passenger in that car unload her weapon to protect her partner.

In all, three officers fired 33 shots.

Fresno police chief Paco Balderrama wasn't on the job in 2017, but he says the incident shows how quickly situations can change for officers, forcing them to rely on instinct and training.

Cardenas suffered gunshots to his arm, shoulder, and face.

Most of the videos of Cardenas are redacted, but the business surveillance footage shows officers getting him out and treating him until paramedics got there.

Police say he apologized for the incident, said he'd rather be dead than in jail and admitted to using meth right before he started driving.

Investigators found a pipe and an empty bindle in the SUV.

Cardenas recovered and was convicted of assault with a deadly weapon other than a firearm.

He served a three-year prison sentence and is a free man now.