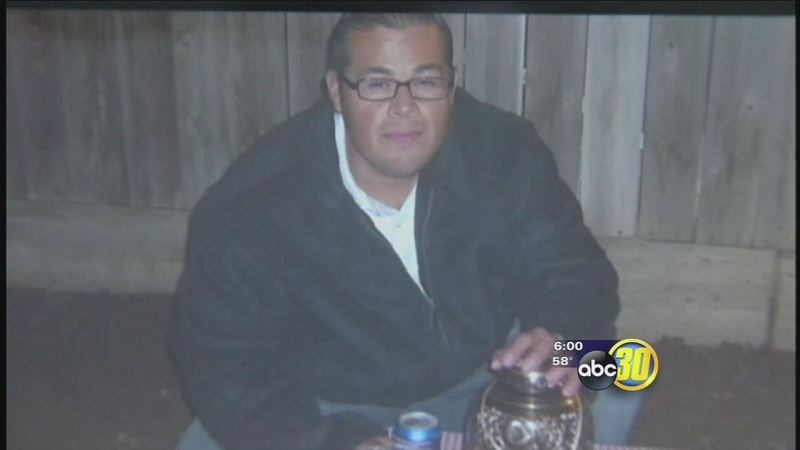 FRESNO, Calif. (KFSN) -- The City of Fresno is paying more than $2-million to settle a police shooting case.

In June of 2012, a police officer shot and killed 28-year-old Jaime Reyes as he tried to flee by climbing a fence at Aynesworth Elementary School.

An officer shot Reyes as he climbed the fence, then shot him three more times as he lay on the ground.

Michael Haddad, the attorney for the Reyes' family, told us Reyes did not pose an immediate threat. He said that in addition to paying the $2.2-million, Fresno Police have agreed to change their shooting policy.

"And we realized that part of the problem was that Fresno had a policy that allowed officers to shoot on something less than an immediate threat, such as a potential threat and that's not lawful. Now they are going to have to change their policy and they are only allowed to shoot someone when they are facing an immediate threat, which means a threat right now."

After he was shot police discovered Reyes had an unloaded gun, wrapped in plastic in his pocket.

In a statement, Fresno Police Chief Jerry Dyer said the department still believes the shooting was justified but has agreed to consider minor changes to police policies.

Dyer released a statement saying, "The city has agreed to review policies and recommend minor changes during the meet and confer process if appropriate. The city has always felt that this tragic shooting was legally justified and settlement should not be viewed as an indication that this view has changed. Jaime Reyes was a gang member under the influence of meth who fled from officers while carrying a stolen handgun into a school yard occupied by children. However, circumstances unrelated to the actual incident have dictated that it would be economically sound for the city to settle this matter before incurring the costs of trial."