Officers say the 22-year-old man threatened to harm his girlfriend and their 5-year-old child.
KFSN 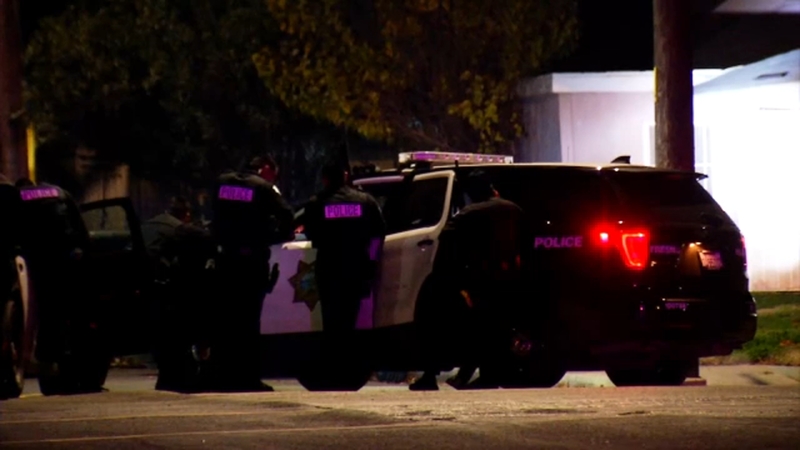 FRESNO, Calif. (KFSN) -- Fresno police have ended a standoff with a domestic violence suspect that began on the afternoon of New Year's Day and went on for roughly 8 hours.

The 22-year-old man had barricaded himself inside a home near Wilson and Dudley in the Tower District.

Officers say the man had threatened to harm his girlfriend and their 5-year-old child. The woman's sister called the police.

Officers managed to safely get the woman and child out of the house, but they spent the night trying to get the suspect to surrender.

Police believed he was armed and possibly high on narcotics.

Just after midnight, after numerous hours of negotiations, police say they decided to 'tactically disengage from the incident'.

Despite the man refusing to come out of the house, they say they have the situation contained to the one house and neighbors should not feel in danger.

"We do have the location isolated so everyone should feel safe. If he does come out, there's reactionary components - if he does come out of the house, the house is surrounded by law enforcement," said Fresno police Lt. Brian Valles.

Police say the suspect has been sending texts - some of them threatening - to his girlfriend from inside the home.

The suspect is out on parole related to firearms charges.

Once he comes out, he will be arrested on felony domestic violence charges.

Until then, officers will be out there to monitor the situation, and work to resolve this peacefully.