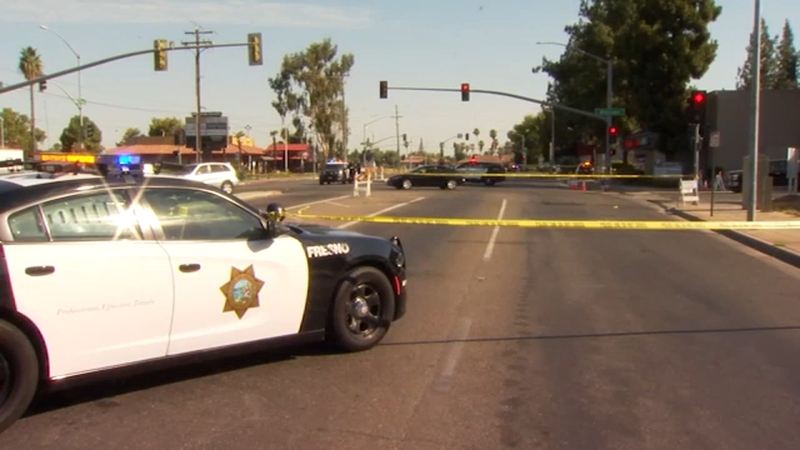 FRESNO, Calif. (KFSN) -- Fresno police are ramping up their numbers and moving into neighborhoods in response to a drastic recent increase in violence.

Fresno has had 45 homicides this year, on pace to surpass last year's 74, which was the highest number in several years.

So police will take a new approach starting now.

Gun violence killed three people in Fresno over the weekend and pushed Police Chief Paco Balderrama over a precipice.

The surge in violence started before he took the job, but he's taking new steps now to calm things down.

"All specialized units are going to be focused on violent crime. Period," the chief said. "That's the number one priority is to lower shootings, lower homicides. So it's going to be an all-hands on deck approach."

The city has seen 418 shootings this year, up more than 100 from this time last year.

Police have seized more than 1,000 weapons in 2021, according to the chief, but officers are still seeing high powered weapons on the streets in huge numbers.

Programs like Advance Peace have succeeded on a small scale at reducing violence from targeted groups, but the problem isn't fading away.

"It's a tragedy that's mixed with confusion and the solution to this problem is 'How do we live without dying?'" said Aaron Foster of Advance Peace. "And that's a really tough question, but I'm sure our community can find an answer. Because if not, then we'll invite things into our space."

Chief Balderrama cites several factors driving the violence, including national trends, a revolving door at the jail, and a lack of officers.

He says Fresno has about 22,000 gang members and just over 700 officers able to work every day.

He recently doubled the gang unit and now he's assigning overtime to make sure there are enough officers on the streets.

The chief says he has buy-in from the Black community for his new operation, which has no end date.