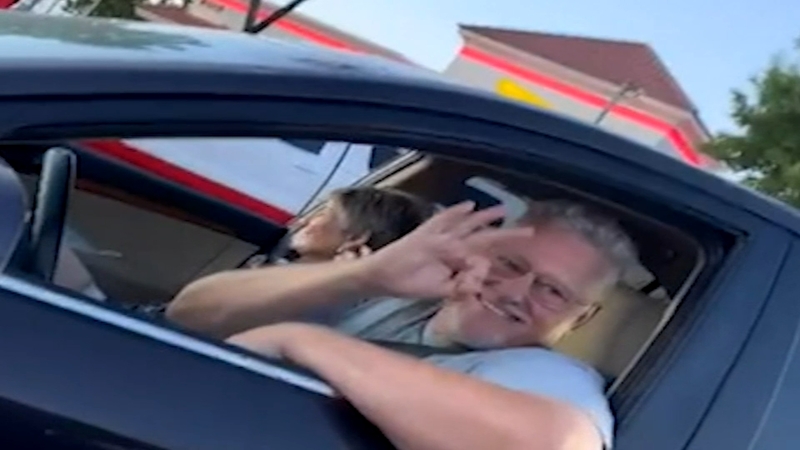 Prosecutors have charged Brian Turner with three counts of illegally using pepper spray and with a hate crime enhancement.

Video will likely be the top piece of evidence if Brian Turner goes to trial.

It's illegal to use pepper spray in California for anything except self-defense.

"But I think clearly the video obviates that defense totally," said legal analyst Tony Capozzi. "He's smiling when he does it. He does it again and he's still smiling."

The men hit by pepper spray told Action News that Turner yelled crude anti-Palestinian sentiments at them before spraying them.

Prosecutors charged the attack as a hate crime.

Capozzi says a big question now is whether federal prosecutors will charge Turner with a hate crime.

The state charges carry a maximum punishment of six years in prison.

"But on the federal level, if they take the case, the maximum he could get is ten years," Capozzi said.

But defense attorney Marc Kapetan says not so fast.

He says police have a second video showing a protester getting out of the car during the argument while the flag waved in front of Turner's face.

Even in the video obtained by Action News, the audio is silent, so he says the smile you see on Turner's face is lacking context.

Kapetan does not represent Turner yet, but might end up as his defense attorney.

He says the constitutional right to free speech is sometimes limited. The government can restrict the time, place, and manner of speech.

So he wonders if this community might want to reconsider protests near River Park.

"Having these pop-up protests on the sides of very, very busy streets when there are people who are not involved in the protest passing through, does it create an imminent danger?" Kapetan asked.