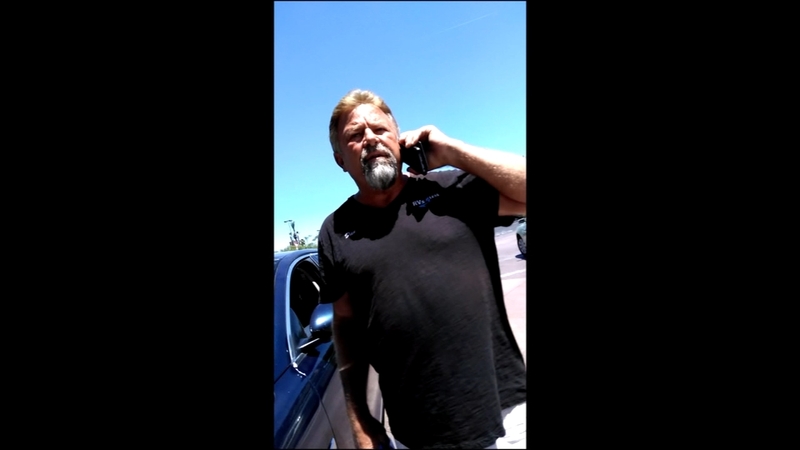 In the video, taken by the victim, you can see the position the two cars were in after an apparent fender bender.

The victim doesn't want to be identified, but he tells Action News he took the video to protect himself after he noticed the other driver acting aggressively. That's when he started capturing the verbal altercation on his cell phone.

Once the video started circulating on social media, people voiced their concerns, even threatening to boycott the company Daniel Kuehne owned, RV for Less in Madera. Kuehne was identified on social media.

Action News spoke to the company Friday, and they say they have "relinquished all ties with Kuehne" and apologized for the incident.

On Friday Kuehne posted an apology video to his personal Facebook page. In the video, he says, "I let my emotions get the better of me. Regardless of what caused the incident, or things that were said outside of the filming of the incident, the things I said were wrong, and I apologize to any, and all, who were justifiably offended by my comments."


The victim didn't want to be identified, but his daughter says, "it just brought him down so much that he couldn't even speak on it. How hurt do you have to be to not have a voice?"

She adds, she not only watches him work hard daily to support his family, but she also witnessed the dedication he put in to go through the citizenship process. "My Dad did it the right way and is still being talked to like that and is still stereotyped," she said.