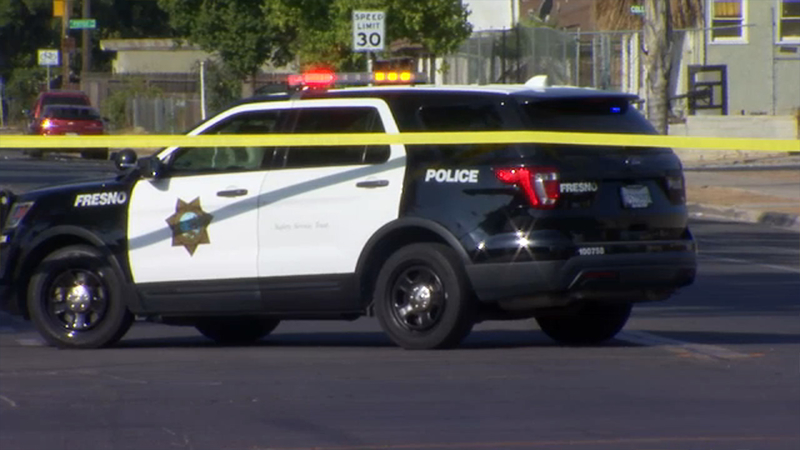 FRESNO, Calif. (KFSN) -- Police are searching for two suspects who robbed a man while he was in the backyard of his southwest Fresno home.

It happened shortly after 7 am on Tuesday near Tulare and A Streets.

Investigators say the man was outside when the two men entered the backyard and demanded his wallet.

When the victim refused, the three got into a fight. At some point, the victim was hit in the head with some sort of object.

The two suspects grabbed the man's wallet and ran out toward the street.

As the man followed them, one of the suspects pulled out a gun and fired several shots at him.

The victim was not shot. Paramedics did check his head injury at the scene, and he is expected to be OK.

Police say the two robbers took off in a tan SUV. No further description was provided.