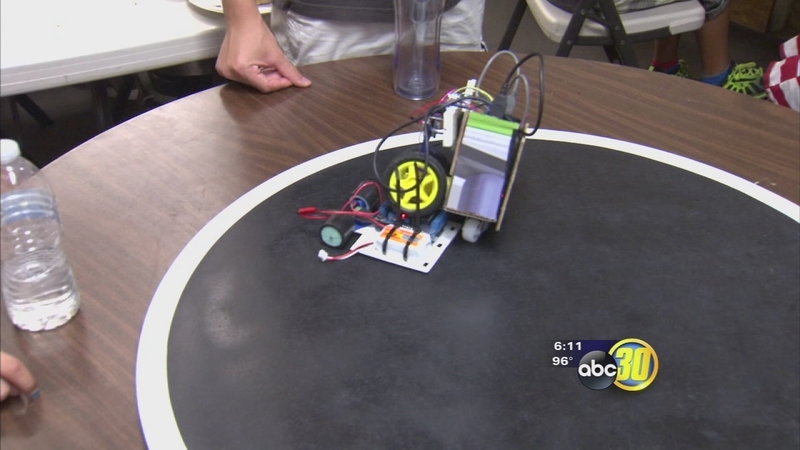 FRESNO, Calif. (KFSN) -- If you've ever thought about building a robot, Fresno Ideaworks says now is the perfect time. On Saturday, the group held its first Super Sumo Saturday leading up to the Bots on Broadway mini sumo robot event. It's an open invitation competition.

People can enter any bot that's smaller than 10x10 centimeters and weighs less than 500 grams. The robots go head-to-head in a sumo-style match, trying to push each other out of the battle ring.

People can buy kits to make their own robots to enter in the competition, build them at home, or come out to Ideaworks for free for help building and programming.

Fresno Ideaworks President Scott Kramer said, "Our overreaching goal for this whole project is just to build a robot community in town. We want as many people in Fresno and the surrounding areas building robots as we can get. So far, it's limited to the schools, and we want to change that. We want random people, we want scout groups, we want adults, kids, whoever wants to build a robot, we want them to have a venue to be able to participate."