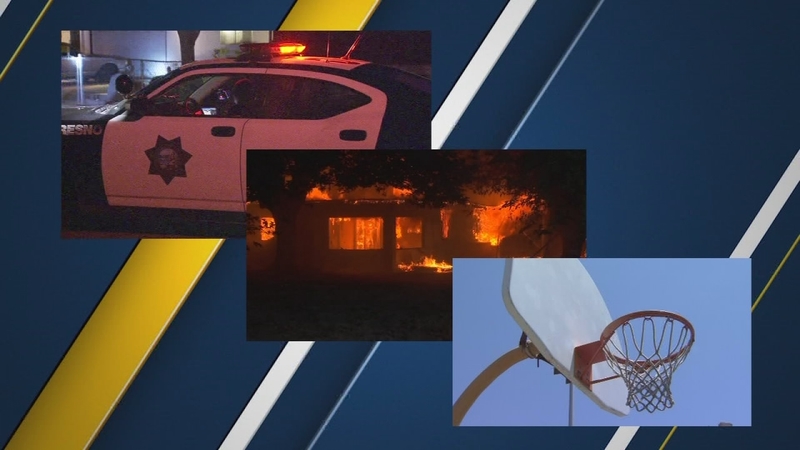 FRESNO, Calif. (KFSN) -- Fresno Mayor Lee Brand says a sales tax hike is needed to bring city funding to where it has never been.

He told a news conference outside city hall on Monday, "The city of Fresno has never had sufficient revenues to cover the cost of its core services."

His proposal would end that, providing up to $50 million a year in needed funding for police, fire, and parks.

It will be up to the city council to decide how much to give to fire and how much to police.

Police Chief Jerry Dyer says the money is needed, and not just for patrol officers, "We need more police officers on the streets to respond to those 911 calls, we need more dispatchers to handle those calls that are incoming. We need more crime scene investigators."

Fresno fire Chief Keri Donis says her department needs at least two dozen more firefighters, "The Fresno fire department currently has a staffing level that is equivalent to what it was in 1985 when we served a population of 200,000 less."

The director of the Parks and Recreation Department Parvin Nelloms says the money will go to programs for children and seniors, provide significant upgrades to existing facilities and build new parks.

"My evaluation of our parks is we need help, we need assistance. "

If approved, Fresno's sales tax would rise from 7.9% to 8.45% for the next 15 years. That's slightly higher than Modesto and Clovis, just below Visalia and San Francisco, and more than a penny lower than Los Angeles and Long Beach.
Mayor Brand and police, fire and parks will ask the city council on Thursday to agree to put the proposal on the November ballot.

Fire Chief Keri Donis said, "We are advocating this council to let the democratic process to take place and to allow the voters to invest in their public safety and parks system."