KFSN
By Corin Hoggard
FRESNO, Calif. (KFSN) -- The city of Fresno ordered non-essential businesses to shut down two weeks ago.

But they've gotten hundreds of complaints about places that have stayed open anyway.

Two code enforcement teams are making their way across Fresno every day answering complaints about businesses that shouldn't be open.

As of April 1, the city has received 337 complaints and served notice to 124 businesses that need to shut the front door.

"What we're seeing here is a business that's complying after they were given a warning that they needed to be shut down because they're a nonessential business," said Fresno city council member Miguel Arias.

But when code enforcement follows up, they find not everybody is on board.

A cigarette store in southeast Fresno is locked up now after getting a fine on Saturday.

And code enforcement may still have several more fines to come.

Sal's Smoke Shop on Kings Canyon is allowed to operate as a convenience store but not as a smoke shop.

And furniture stores are considered non-essential, but the door swung open at A Better Bed on Clovis Avenue despite a warning two days earlier.

"Are you not still open?" an Action News reporter asked a man coming out of the business. "It's unlocked. It says open."

"It says open," said the reporter as the man came much closer. "I don't want to get too close to you."

Code enforcement officers went to the business a couple hours later to follow up on their March 31 warning and found it still open. They issued a $1000 fine.

Golf courses have become a point of contention and a major difference between the city and county.

In the city, they're empty.

"We've asked them to close," said Arias. "We've had to warn some of them about their continuous operation."

But in the county, courses like Belmont, Sunnyside, and Hank's Swank are filling up.

Arias says they understand people need to get exercise, and they're trying to keep the local economic realities in mind when they exclude businesses.

"The federal government has its own description of essential businesses," he said. "It's actually stricter than the city's. The state has their own list."

You can report complaints by calling 311, by contacting code enforcement directly, or by using the FresGO app.

The city has set aside $750,000 for 0% loans to small businesses as part of the "Save Our Small Businesses Act" and should release details about how owners can get the money soon.

And Action News has reported several times about how small businesses can get help from the federal government to stay afloat or come back strong after the crisis ends.

For more news coverage on the coronavirus and COVID-19 go to ABC30.com/coronavirus
Report a correction or typo
Related topics:
businessfresnocoronaviruscoronavirus outbreakcoronavirus pandemicshelter in placefresno
Copyright © 2020 KFSN-TV. All Rights Reserved.
CORONAVIRUS 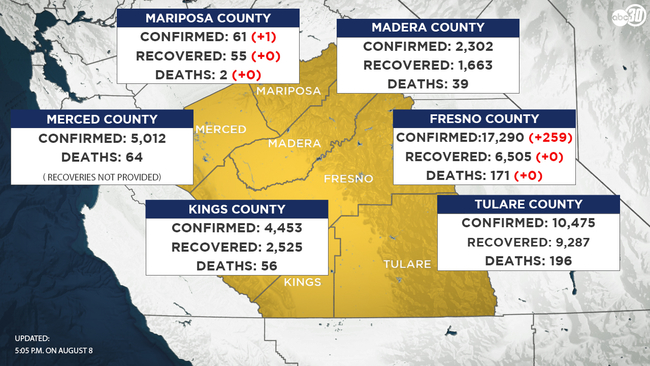