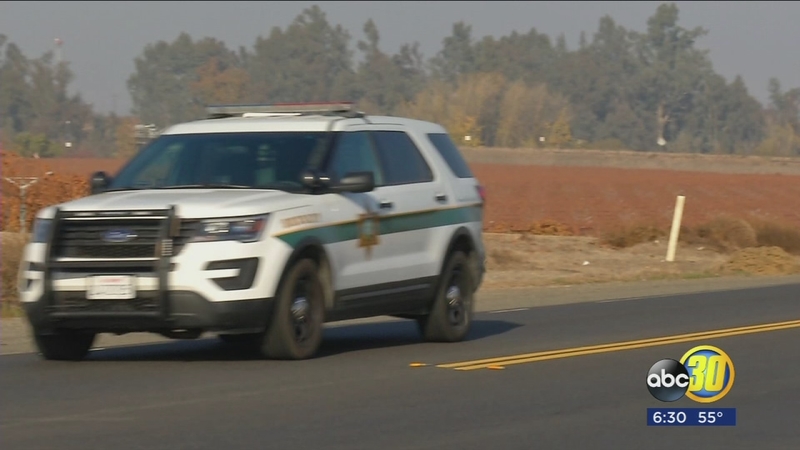 FRESNO, Calif. (KFSN) -- Six vehicles and one woman have been struck by bullets on Fresno and Madera County roads recently. The last shooting happened Monday night near Dickenson and Church, in Rolinda.

One farmer who works in the area says it's just senseless violence.

The Fresno County Sheriff's Office believes the shootings are random and appear to be related.

They have happened in the same general area and around the same times of the day-early morning or late afternoon.

On the afternoon of December 1st, the sheriff's office received reports of two shootings within an hour of each other near Dickenson and Shields.

The second happened at around 4:30, and one woman was hit by gunfire. Sheriff's officials say she's going to be ok but is still shaken up.

In all of the other shootings, only vehicles were hit.

"We've gotten a few different accounts which doesn't allow us to pinpoint the exact type of car or truck so that's why we can't give that to the public at this point," sheriff's spokesman Tony Botti said.

Botti says the public can also help, by being aware of their surroundings, and reporting any suspicious or dangerous activity, including any more drive-by shootings.

"Our patrol units are out in force," Botti said. "We're also working with CHP and the Madera Sheriff's Office too. This is a top priority right now. We need to put an end to this."

The farmer we spoke with says he's not scared, and just hopes the suspect or suspects are caught soon.