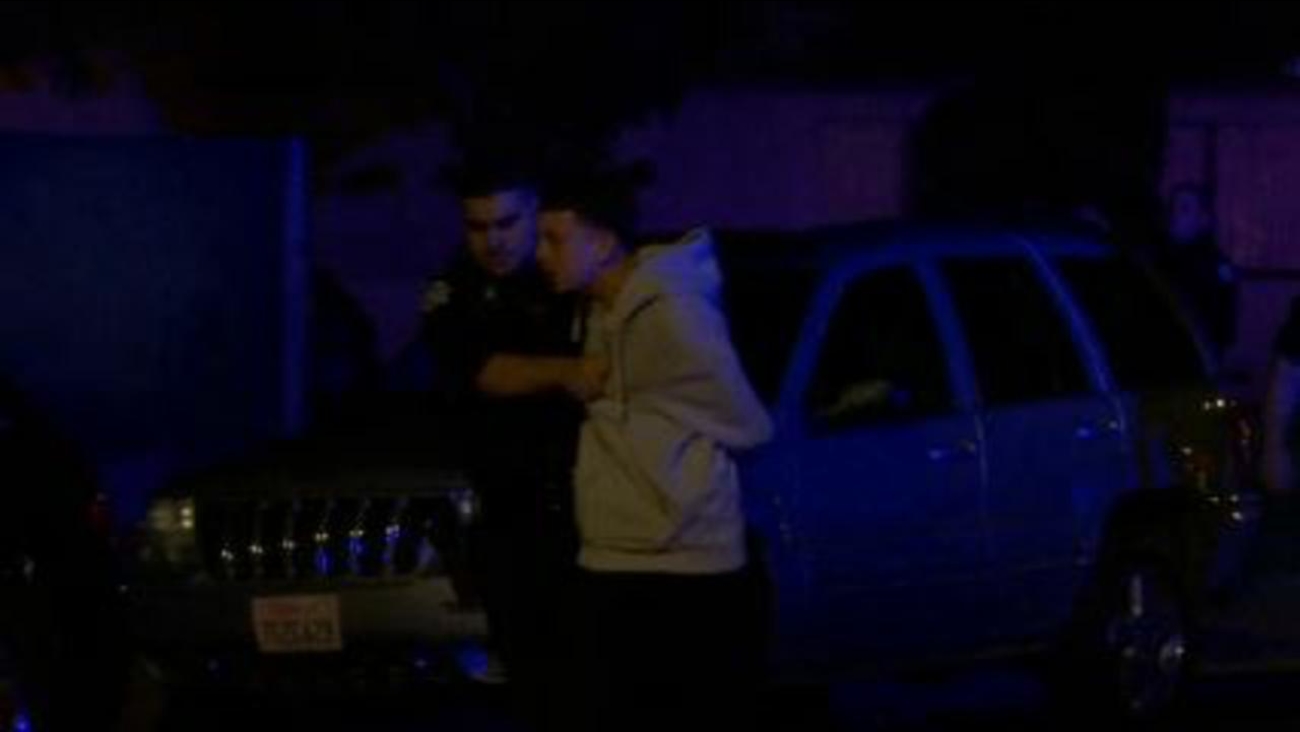 They're still sorting out the details, but they say it started with a fight between a man and a woman outside a home on Shields, just east of Fresno St., at about 3 a.m. Sunday.

Some people drove by and saw the fight, then fired off a few shots to break it up.

Fresno police found seven shells in the area, but as far as they could tell, nobody got hit.

They handcuffed a couple of men, and one of them kept banging up against the door of the police car, but investigators haven't identified the shooters yet.
Report a correction or typo
Copyright © 2022 KFSN-TV. All Rights Reserved.
TOP STORIES
Loved ones grieve for Missy Hernandez at Fresno vigil
Tax filing season starts Monday. What to expect for 2022
Fresno's famous 'dancing teacher' appears on Ellen Show
5 tax changes that can boost your refund this year
Man hospitalized after shooting in northwest Fresno
Suspect opens fire at birthday party full of teenagers in Clovis
Fauci optimistic omicron will peak in February
Show More
Rescuers use sausage dangling from drone to lure runaway dog to safety
Arnold Schwarzenegger involved in multi-vehicle crash
Deputies investigating armed robbery at Tulare Co. convenience store
President Biden appoints Fresno leader to head USDA post
How a 73-year-old grandmother outwitted a scam artist
More TOP STORIES News