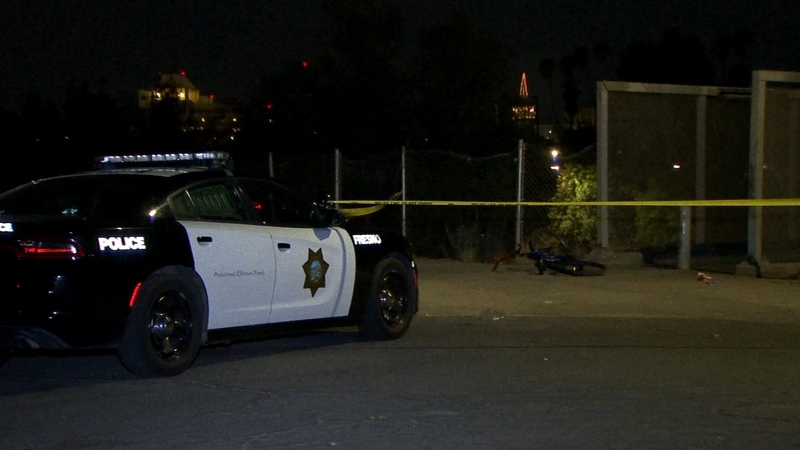 FRESNO, Calif. (KFSN) -- A woman who was shot in a domestic violence incident Monday night was able to help police track down the suspect.

The Fresno Police Department says it happened around 8 pm near Illinois Ave. and Nevada Ave.

Police say a man shot a woman in her lower body. She was the one who called 911.

When police arrived, the woman had the strength to ride her bike and lead police to the suspect near the end of the cul-de-sac.

The man was arrested in what authorities have confirmed is a domestic violence incident. The relationship between the two has not been released.

The woman was taken to Community Regional Medical Center and is expected to survive.