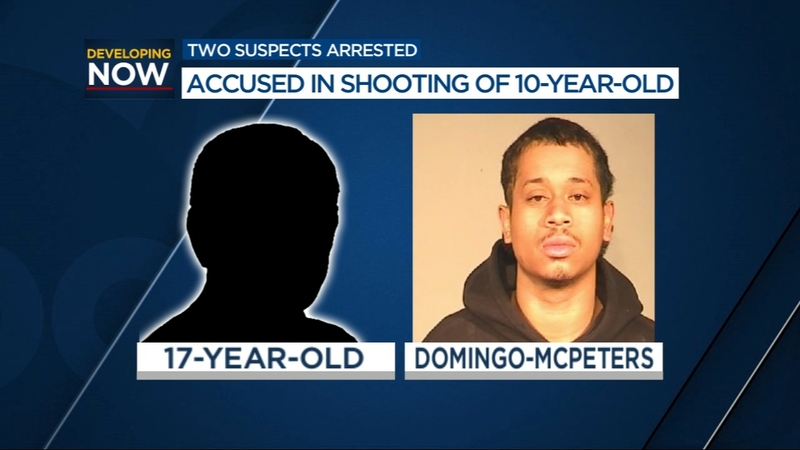 FRESNO, Calif. (KFSN) -- Fresno Police say they've arrested two gang members in connection with a shooting that left a 10-year-old girl injured. Detectives are still searching for a third suspect in the crime.

The shooting happened on April 6. Fourth-grader Khilee Martin was playing on the playground at the Park West Apartments on Alamos and Marks in northwest Fresno when she was shot.

Investigators believe the shots were fired after an argument between two people near the playground.

Detectives identified the shooter as a 17-year-old and arrested him Thursday at a home on Celeste Avenue near Bullard Avenue in northwest Fresno.

A short time later, they arrested 18-year-old Kai Domingo-McPeters on Tenaya Way near Garfield Avenue. Authorities said he drove the teen away after the shooting.

Investigators say they're also searching for a third suspect who they believe was with the shooter.

Martin was taken to Community Regional Medical Center by her family. One bullet struck her femoral artery, and police said she was bleeding internally.

She is recovering, but her mother says she will need ongoing physical therapy.

Anyone with information about this case is asked to call the Fresno Police Department.