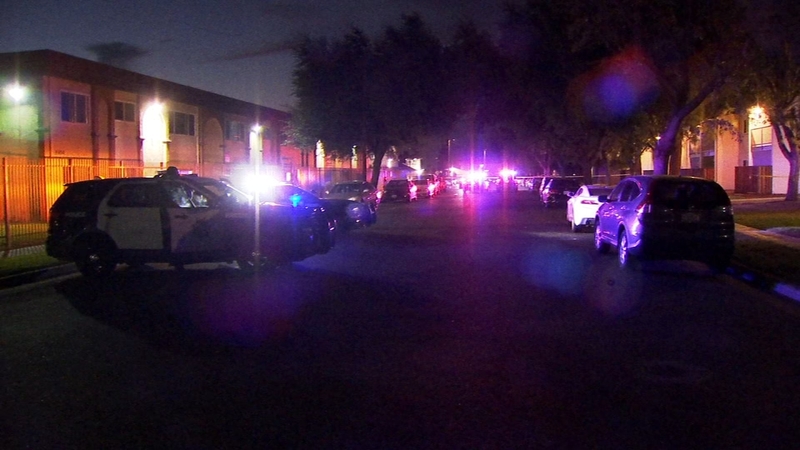 One man is now fighting for his life in the hospital after he was shot while with his girlfriend in southeast Fresno.

Investigators say the couple was near their vehicle on Waverly and Beck around 8 p.m., when a tan SUV or van pulled up next to them.

As they stood there, two people got out of the vehicle and opened fire, shooting the man several times.

The suspected shooter took off.

The victim is in the hospital listed in critical condition.

Officers say he was conscious when he was taken to the hospital.

Around the same time, a driver sitting in his vehicle waiting for the light to change became the target of a shooter.

Officers say the man was in his car at the intersection of California and Fresno when a bullet was fired through his vehicle.

He suffered cuts to his head but officers aren't sure if the injury was caused by a bullet fragment or glass from a shattered window.

He is expected to be okay.

No word on if the driver was the intended target or if any arrests have been made.
Report a correction or typo
Related topics:
fresnoshooting
Copyright © 2021 KFSN-TV. All Rights Reserved.
TOP STORIES
Valley health officials bracing for arrival of new COVID-19 variant
Fresno police share tips for protecting your packages
Man shot multiple times, possibly at party in southwest Fresno
Fresno Co. man accused of stabbing his mother, killing her boyfriend
Fresno State student killed in early morning crash on highway
Boy life-flighted after being shot in Tulare County, deputies say
1 killed, 1 hospitalized after stabbing in Auberry, deputies say
Show More
What is omicron? What to know about new COVID variant
Holiday shipping deadlines to get packages mailed on time: LIST
Ahmaud Arbery's mother speaks out after murder trial verdict
This holiday season, adopt a Valley shelter animal and give it a home
Fresno thrift store hosting its annual World Famous Bag Sale
More TOP STORIES News