Police are trying determine what led up to the deadly shooting.
KFSN 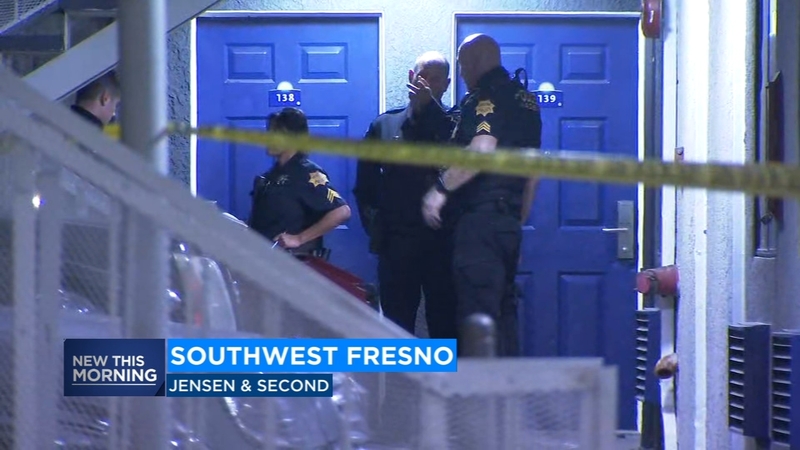 FRESNO, Calif. (KFSN) -- Fresno police are investigating after a man was shot and killed in southeast Fresno on Wednesday night.

Investigators say a man was inside a room with two women at the Days Inn on Jensen Avenue and Second Street around 11 p.m.

Two other men broke into the room and started a fight, officials said. Shots rang out, and two of the men were hit.

One man showed up at Community Regional Medical Center, where he later died.

RELATED: Fresno shootings within hours of each other leave 2 dead, 2 hospitalized in critical condition

Police say the other man was shot in the leg. They're trying to figure out his role in the deadly shooting.

"We don't know if he was armed, or if during the confrontation, the one gun that had shot him actually may have accidentally shot one of the suspects. That's what we're trying to determine," said Fresno Police Lt. Anthony Dewall.

Detectives needed a search warrant before going through the hotel room for evidence. Investigators plan to look at surveillance video to help them with the case.