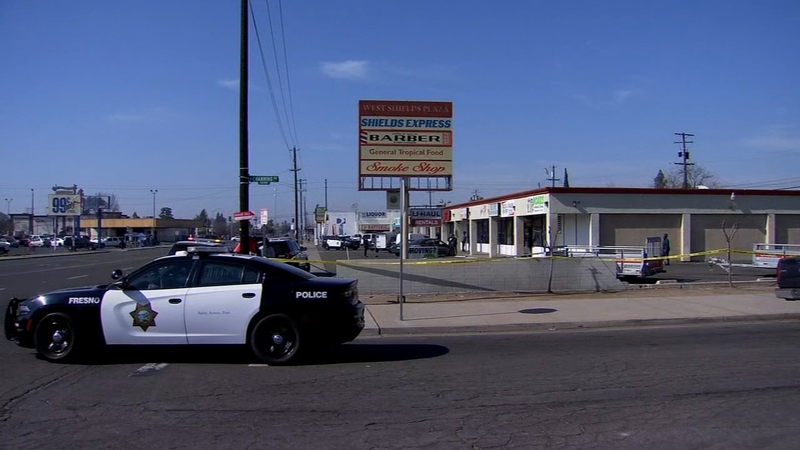 FRESNO, Calif. (KFSN) -- Police are investigating after a man was injured during a shootout in central Fresno on Wednesday.

Officers responded to multiple Shotspotter notifications at Shields Avenue and Channing Way around 11 am.

Investigators say an argument broke out between two men in the parking lot. The men then opened fire on each other.

A 21-year-old man was shot twice in the stomach and chest. Officers say he ran to a nearby home and was taken to Community Regional Medical Center with non-life-threatening injuries.

Authorities say he is not cooperating with their investigation.

Officers are now searching for the other man involved, who they believe is in his 20s and has a ponytail. He drove off in a grey sedan.

It's unclear if the shooting was gang-related.

Detectives are collecting evidence within the parking lot, reviewing surveillance footage and looking for witnesses.