3 homicides in 3 days: Fresno police say despite shootings, murders are trending down 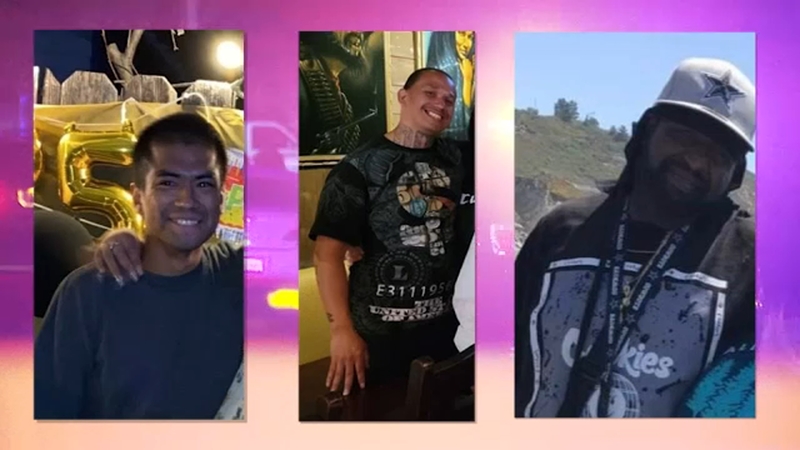 FRESNO, Calif. (KFSN) -- Fresno Police are trying to track down shooters in three separate homicides that happened leading up to the Halloween holiday.

Two happened in Central Fresno, the other in Southeast Fresno.

Investigators said the shootings are not related.

On Thursday, 37-year-old Daedren Johnson was shot in the driveway of his home on West Robinson Avenue near Pleasant and Dakota.

He was taken to the hospital where he died a few hours later.

"Our hearts go out to this family. He and his wife have been together for many, many years. They have eight children together from toddlers to mid teenagers." said Fresno Police Lieutenant Larry Bowlan.

Officials say there's no indication the shooting was gang related at this time and they don't have a suspect description.

He was taken to the hospital, where he also died.

Authorities said evidence indicates there was an exchange of gunfire, but they did not find a firearm on Marez.

"It appears somebody on both sides were firing weapons and we're hoping that someone will come forward and provide a tip to lead us in the right direction to push this case forward," said Lt. Bowlan.

Officials believe there may be a gang connection to the shooting, but it's still under investigation.

That's also the case for a shooting that happened less than two hours later in Southeast Fresno.

Three homicides in three days. Here are the men who died. @FresnoPolice are now asking for the public's help to track down the shooters in each case. Officials say the shootings were not connected and all appear to be isolated. @ABC30 pic.twitter.com/Q72U2nrHv6

Investigators said a vehicle pulled up to him, a man got out and started shooting and then got back in the car and took off.

Palomares died at the hospital.

"The shooter and him had some type of conflict and that is why the victim was shot in this case," said Lt. Bowlan.

Officials said despite these latest homicides and a violent start to the year, murders are now trending down compared to 2020.

"If we keep that trend, it will actually show that it's a decline and I'm hoping our number is less than the number we had last year," said Lt. Bowlan.

They hope to reach 76 percent by the end of the year, but need the public's help.

They're asking anyone with information about these deadly shootings to call Crime Stoppers 559-498-STOP(7867).