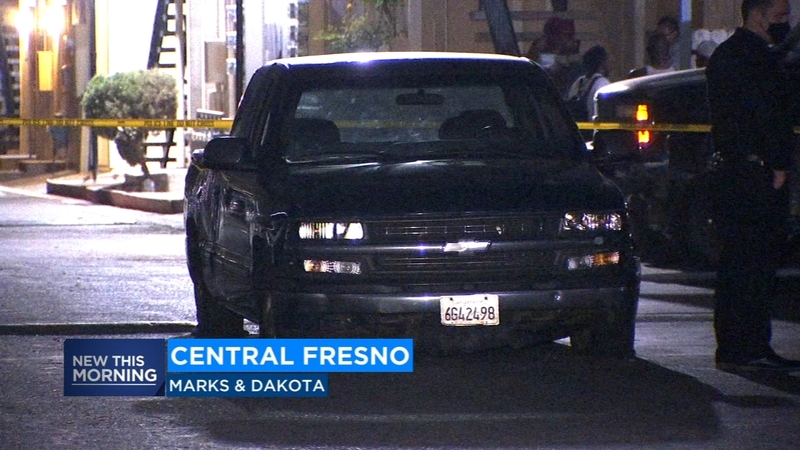 FRESNO, Calif. (KFSN) -- Fresno police are looking for the person who opened fire on a man at a central Fresno apartment complex on Wednesday.

The shooting happened just after 11:30 p.m. at a complex on Marks and Dakota Avenues.

Police say a man was driving out of the area in a Chevy pick-up truck when someone started shooting.

"According to the victim, he just stepped out of the shadows, and just opened up fire on his vehicle," said Fresno Police Lt. Tim Tietjen.

Investigators say the vehicle was struck nearly ten times by gunfire, but the victim was not hit.