This is the Fresno Police Department's 12th homicide investigation of the year.
KFSN 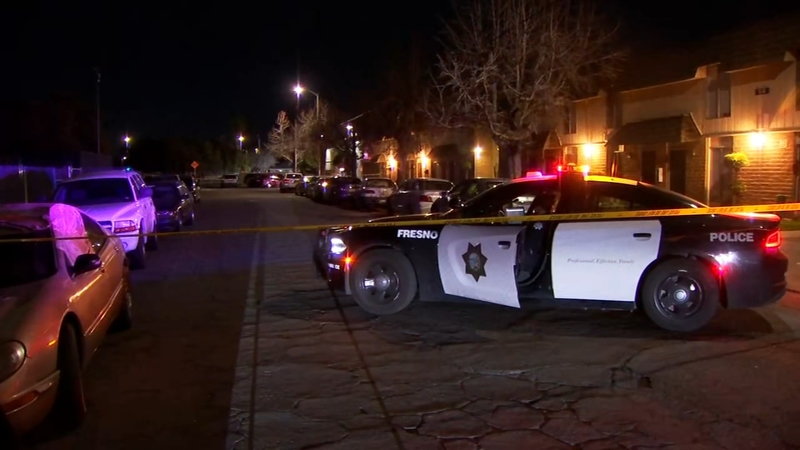 FRESNO, Calif. (KFSN) -- Fresno police are investigating after a man was shot and killed in central Fresno on Tuesday morning.

Shots rang out just after 2:00 am at the Alpine Ridge Apartments near Fresno Street and Ashlan Avenue.

When police arrived, they found a 20-year-old man shot in the upper body. He was taken to the hospital, where he later died.

Police have identified him as Darien Pierce of Fresno.

Investigators say Pierce was working on his car in the carport when another man approached him. Officials believe the suspect opened fire on the victim and then took off in another vehicle.

BREAKING: Police are investigating a deadly shooting near Ashlan and Fresno. Investigators say a man was outside working on his car when he was approached by the suspect and shot. @ABC30 pic.twitter.com/Z0TXjCmqRb

Pierce was staying at the apartment complex, but officers don't believe he was a Fresno resident.

No other information about the suspect was immediately available.

Police say there were very few witnesses to the attack, which will make their investigation more challenging. Officers were canvassing the area, speaking with neighbors, and searching for surveillance video.