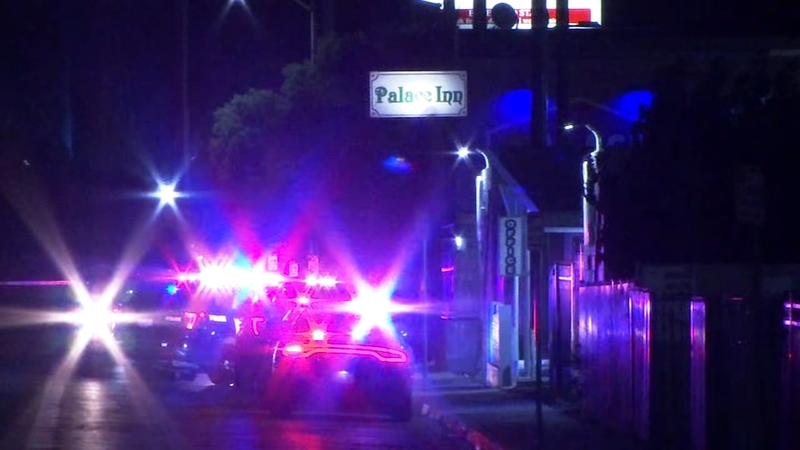 FRESNO, Calif. (KFSN) -- Fresno police are looking for leads after a violent night on the streets of Fresno. Wednesday night, police responded to four different shootings and a stabbing, all within a few hour span. One of those shootings ended with one person dead.

Right now, police say it does not appear any of the crimes are related, some of them happening just miles apart in less than a couple of hours. Police are still actively looking for suspects.

"It takes an awful lot of resources for us to be able to respond to these crimes scenes," said Lt. Bill Dooley with the Fresno Police Dept.

The first shots fired at Mayfair and 2nd. That's where police found a man with a gunshot wound to the leg. Just an hour later, over a dozen shots fired near Courtland and Pleasant.

RELATED: Man hospitalized after being shot during argument in central Fresno, police say

"We received a Shotspotter activation that 17 rounds had been fired," explained Dooley.

Police say there could be multiple shooters involved. Luckily, the only victim was just grazed by a bullet. Moments later, more gunfire just blocks away.

"We had two shootings unrelated to each other that did occur nearby," said Dooley.

This one was outside a liquor store. No one was injured but a nearby vehicle was struck with two children inside. Police are not making any connections between the two shootings.

"No, there's no indication at this point that any of these could be related," said Dooley.

Then, the night ended with the most violent incident, a homicide outside the parking lot of the Palace Inn. Police say the victim was in his 30s.

"He was treated at the scene, given CPR, rushed to the hospital. Unfortunately, he did not survive," said Dooley.

One person was detained. We asked if the crimes were gang related.

The violent crime suppression team responded as well, but even with the extra hands on deck, police say resources are strained.

"It taxes more than just our officers," said Dooley. "Our dispatchers, CSI folks who have to go out and process the scene."

The real work, tracking down the suspects, has just started.

"We have the initial incident that takes place, that's all of our patrol officers, all of our crime scenes detectives get called out," said Dooley. "The rest of that night, the following day, the investigation continues."