Fresno shootings within hours of each other leave 2 dead, 2 hospitalized in critical condition

Officers say they're seeing an alarming rise in shootings in the city.
KFSN 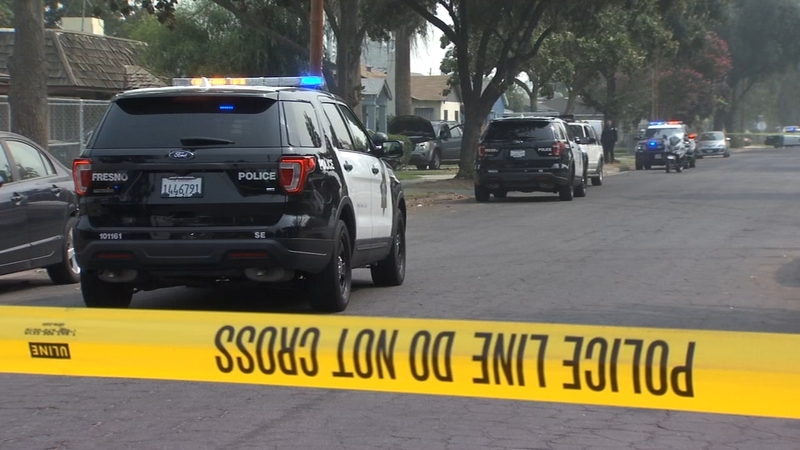 Fresno shootings within hours of each other leave 2 dead, 2 hospitalized in critical condition

Two Fresno residents are dead, and two others are fighting for their lives at CRMC.

Police are now looking for the shooters responsible in both murders.

The first shooting happened on Wednesday near Madison and Maple, when a car pulled up to two people working on a car outside a home and opened fire.

One person died, while the other person is in critical condition.

Less than two hours later, police were called to another shooting off McKinley and Normal after a car drove up to a group of people by the McKinley market and the people inside fired several rounds, killing one person and sending another to the hospital.

These are just a couple of the many cases the Fresno Police Department is investigating, as they're seeing an alarming increase in shootings, including two that happened on Sunday.

Police officials say 200 more shootings than last year have occurred so far, and Fresno is on pace to surpass 600 shootings - more than it's ever seen.

Lt. Larry Bowlan blames the increase on the zero dollar bail policy in the county.

"We're not getting any help. We're arresting several subjects not just involved in shootings, but with a firearm. They're getting released hours later," Bowlan says.

Bowlan says a large number of the shootings are gang-related.

RELATED: Man shot in the head outside store in west central Fresno

It's a city-wide problem and they plan to tackle those numbers by increasing enforcement.

Bowlan says they now have had 32 murders this year, which is the same number of murders Fresno Police had this time last year.

Police say in the first case, there were at least two suspects in a dark-colored sedan.

Later on Wednesday night, Fresno Police were at the scene of a third shooting in which one person was killed. It took place on Second and Jensen in southeast Fresno.