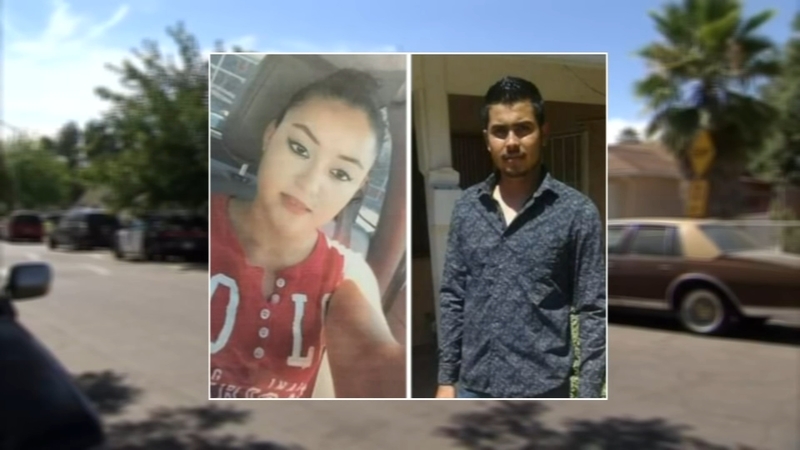 They had allegedly come to tell the family they were back together. But right away, relatives said the tension was undeniable.

He came armed with a kitchen knife and bludgeoned the woman he claimed to love. She was stabbed 10 times.

"He stabbed her in the abdomen, piercing her liver, he stabbed her multiple times in her arm, cutting through her brachial artery," says Deputy District Attorney Deborah Miller.

"I just want to say that I never thought that I would end up like this, and I would ask for forgiveness," he said.

For the first time, Dominguez-Gomez also admitted the victim didn't deserve what happened to her.

Rocio was a young mother, sister and daughter. Her brother, who also witnessed her murder, said he's struggled emotionally for several reasons.

"What affected me the most was having to call my parents, to tell them that my sister is dead," he said.

The judge talked about the unforgettable crime scene photos, as well as the jurors reactions when they saw them during the trial.

"I saw the looks on their faces as they saw this young woman's eyes rolled back in her head," says Hon. John Vogt. "She almost died on the kitchen floor. She was savagely stabbed and slashed."

"The victim's brother also told the court in addition to the pain and loss, he and his wife had to clean up the bloody crime scene at their home themselves because they didn't have the $7,500 to have it professionally done.