Biggest game of Fresno State's season? MW championship rematch might be the biggest in program history 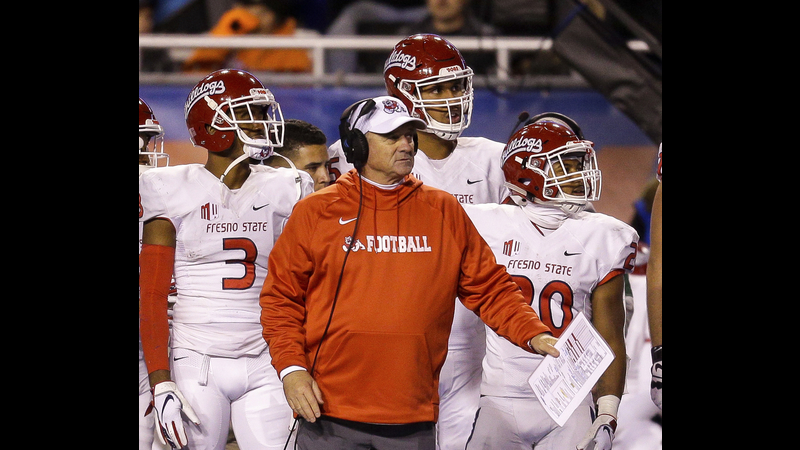 FRESNO, Calif. (KFSN) -- For the fourth time in the last 371 days it will be Fresno State against Boise State. Over those three meetings the combined score is Fresno State 59 Boise State 58 but the Broncos have won the last two games (including last year's Mountain West Championship 17-14).

While Coach Tedford is of course hoping for a different result, he says their preparation will be the same. "If you do something different this week you should be doing it all year long," he said Monday.

Special @MountainWest championship background for today’s Tedford presser. “This is where we wanted to be.” @ABC30 pic.twitter.com/u86V7yEkHj

The #25 Bulldogs (10-2, MW 7-1) were a half away from this game being played in Fresno. In their last meeting a little more than two weeks ago, State led in the third quarter 17-3. The #19 Broncos (10-2, 7-1) would score 21 unanswered to win the game. In that game the Bulldogs were flagged nine times, more than they have against any opponent all year. "It's one of the louder places I've ever been in," he said. "Focus is going to be at a premium to make sure that we don't have that happen but each and every week you see the same thing on tape."

While the focus is on Boise, it's hard to not appreciate where the program is at. Saturday's win secured back to back ten win seasons for just the second time in Frenso State history (only other time came in 1988-'89). "The expectations were fairly low last year," Tedford said. "This year you go into every game with a target on your chest so it's a different challenge each week. So far I'm proud of how our team has handled it."

If Fresno State can handle Boise State there's still a chance they could be the best "Group of Five" team clinching an automatic spot in a New Year's Six bowl. "It's a great opportunity for us to go and compete against what has been for a long time one of the elite teams in this conference," Tedford said.

Then there's the stat that every Bulldog fan knows all too well: Fresno State has never beaten Boise on the blue turf with the Broncos winning the last ten meetings.

How big is a Fresno State v. Boise St @MountainWest championship? Aside from being shown on ESPN at 4:45 the game will be called by Steve Levy, Brian Griese and Todd McShay. @ABC30