"He became a father figure to a lot of us."
KFSN
By Brianna Mellon
FRESNO, Calif. (KFSN) -- Bob Bennett is the winningest head coach in Fresno State baseball history. The players he coached don't remember the wins and losses but the lessons he taught them on the diamond.

"He was a teacher, and a mentor, the good coaches become more than that," said Lance Shebelut from the 1988 Fresno State College World Series team. "He became a father figure to a lot of us. So it's hard, it's still very raw. "

"You learned what an honest day of work is, and what it entails. How to put forth the best effort for that certain day," said former Fresno State player Steve Pearce, who also served as an assistant coach to Bennett for 10 years.

"Before I go to bed every night I look at myself in the mirror, and say did I do everything possible today to get better? That's something I've carried because of him so he's with me every day," Shebelut said.

Terance Frazier remembers being a freshman in 1988. Bennet took the Bulldogs to the College World Series that year and had to trim down the travel roster to 24 players. Frazier knew he wasn't good enough to be on it.

"He goes 'you had a great week, son pack your bags,' I'm like pack my bags? He's like 'pack your bags you're going to Omaha.' I was like what?! I was in tears again. It was just the greatest moment of my life," Frazier said.

"His team in '88 that was number one in the country that went to Omaha, I think that made all of us little leaguers in the Valley say hey, we can get there one day," said voice of Fresno State baseball Paul Loeffler.

Frazier left the team after that season and returned in 1992 for his senior year.

"I felt like him and I had some unfinished business to deal with between a son and a father. I wanted to make sure that he knew that I was going to man up and I came back as a senior and said that I know what you're teaching me is going to make me a better man later on in life," Frazier said.

Bennett played under Bulldog legend Pete Beiden. He was a catcher for Fresno State and helped lead the program to three NCAA tournament appearances from 1952 to 1955.

"I was fortunate to play for him for two years, and coach with him for ten years, I got to see first-hand every day what he was about and he was a man that had a high level of integrity, compassion, commitment," Pearce said.

A coach who loved the game and wanted to share his knowledge with the next generation.

"He went into the hospital, he was finishing up another book," Loeffler said. "I don't even know how many books he's written but he cared about the game, the future of the game, the people who play so much that he had to share those things with others."

Mayor Lee Brand released a statement, saying "he was the epitome of what it means to be a mentor and he will be missed.
Report a correction or typo
Related topics:
sportsfresnofresno statebaseballsportsfresno state bulldogs
Copyright © 2021 KFSN-TV. All Rights Reserved.
FRESNO STATE BULLDOGS
Fresno State, UNLV meet in conference play
Schakel, No. 25 San Diego State beat Fresno State 75-57
Fresno State faces tough test vs No. 25 San Diego St. 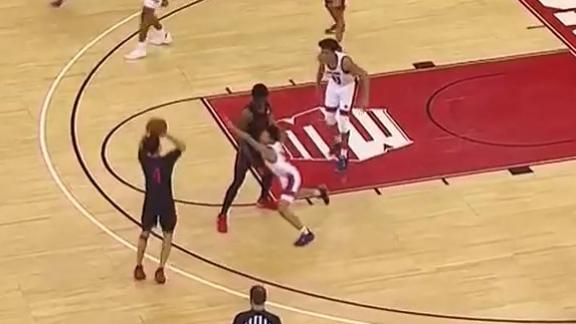