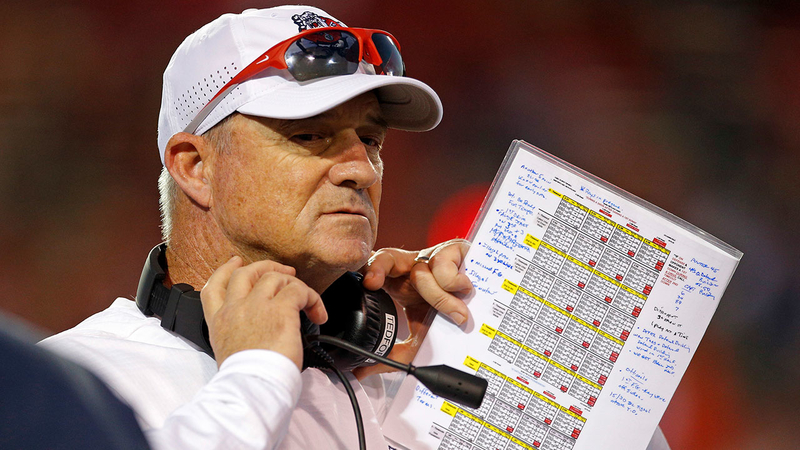 FRESNO, Calif. (KFSN) -- This weekend Bulldog fans got what they've been waiting for all season long; a national ranking in the AP Top 25 poll.

If the ranking doesn't matter, here are some numbers that do. The 50-20 win against Hawaii extends their win streak to six. For the 19th straight game, State held their opponent under 30 points, the longest streak in the country.

Still, the #20 ranking in the AP Poll on everyone's mind as Fresno State is now the only team in California ranked in either poll. "I've been around a lot of teams that are ranked a lot higher than we are and it just comes and goes. I've learned the lesson over the years of how that happens," Tedford said. "I know if you don't go into a game prepared that goes away really quickly."

This week the Bulldogs will look to make sure they're prepared against a team that on paper looks to set up a 'trap game.' "We're going to do our best to make sure it's not that," Tedford said.

With a 2-6 record, UNLV looks to win their first conference game of the season and while upset may be on the Rebels minds, for the Bulldogs it'll be revenge for falling short last year at Bulldog Stadium 26-16.