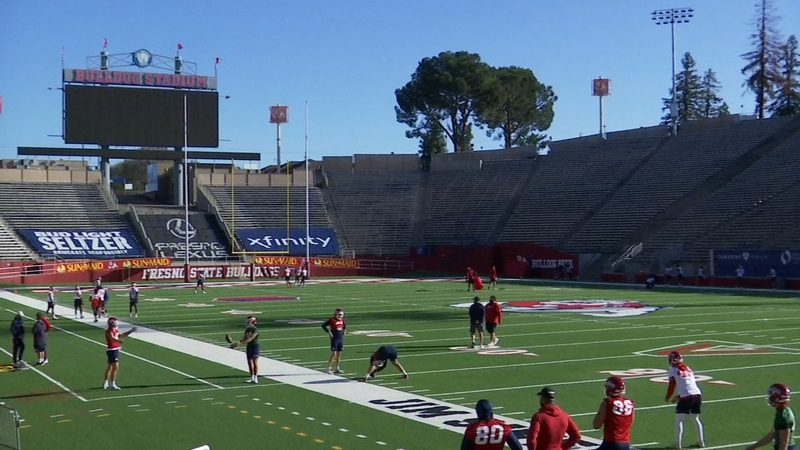 FRESNO, Calif. (KFSN) -- For the first time since before the pandemic, we were able to shot video and talk to players after practice -- in person.

Players and coaches are thankful for the opportunity they were stripped of last season.

"Being that this is my first spring ball as a Fresno State Bulldog is just a blessing in disguise," says Jalen Cropper. "It's just fun to be out here playing football again. We're throwing the ball around with Jake, with all the other wideouts, all the DBS and just competing out here again."

"Yeah, it's almost like it's flip-flopped, it's like last fall was our spring," says coach Kalen DeBoer. "I've reminded the guys many times we're never going to take football in general for granted."

"After not having a spring last year, you almost forget what spring feels like," says Ronnie Rivers.

The other benefit of spring ball that was missed last season was the element of team chemistry.

The team is coming off a seven-week winter program.