Good Sports: The road ahead for Fresno State football 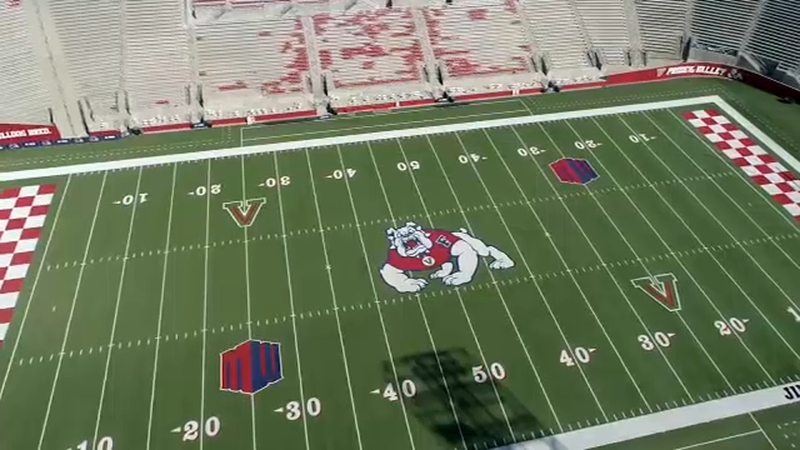 Good Sports: The road ahead for Fresno State football

FRESNO, Calif. (KFSN) -- The recent seismic shift in college football was felt across the country and here at home.

ESPN Senior Writer Adam Rittenburg was one of the first to break the story of Kalen DeBoer leaving Fresno State for the University of Washington.

What made the former Bulldog coach so attractive, Rittenburg says, is his play-calling ability and innovative offense.

"Washington obviously has a number of issues they're trying to improve but one of them is their offense," he said. "It was just horrible this year and they needed significant upgrades there. One thing I can assure Washington fans is that Kalen will get your offense on track. Can he lead a program at that level and recruit against Lincoln Riley, Mario Cristobal and others in the PAC-12? That remains to be seen."

On the same day DeBoer was introduced as the Huskies top dog, Red Wavers also learned quarterback Jake Haener had entered the transfer portal leaving fans to speculate that he would be joining his coach at Washington -- the very same program he left a few years ago in favor of Fresno State

"If Washington had handled him right the first time around, maybe they would never be in this situation," Rittenberg said. "Everything I heard, he was the best quarterback on the roster even though they had Jacob Eason there. He leaves to Fresno's benefit and had an incredible season this year with the Bulldogs but is now seemingly on the move again and could reunite with Kalen DeBoer."

At his introductory press conference, DeBoer gave no indication as to who might follow him to Washington but Bulldog fans now worry all-everything wide receiver Jalen Cropper could be on the move as well.

"This is the nature of college football these days," Rittenberg said. "Coaching changes and the portal go hand-in-hand and you're going to see players follow coaches."

As far as who could replace DeBoer as the Bulldogs' next coach, Rittenburg says Fresno State is an attractive place for potential candidates.

"I think you just look at the history of that program, certainly the Pat Hill era, then the success that Jeff Tedford had turning things around and then Kalen's success, coaches know you can win there," he said.

Speculation is growing that Fresno State's next coach could also be its former coach -- Jeff Tedford.