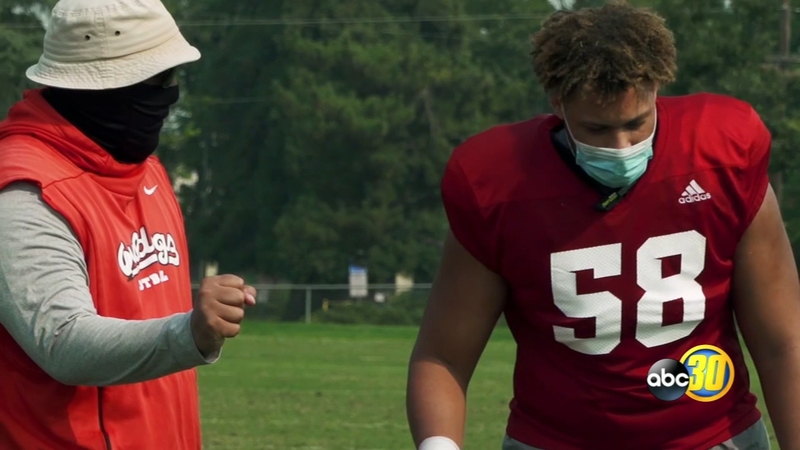 FRESNO, Calif. (KFSN) -- Football is just about back and that's good for Fresno State Offensive Line Coach Roman Sapolu - after all, it's in his blood.

"My brothers played offensive line, I'm the youngest of four," he said. "My sister is part of the football family as well. My dad played in the NFL 15 years for the San Francisco 49ers."

Sapolu is entering his second season as a coach for Fresno State - and head coach Kalen DeBoer has tasked him with leading the offensive line and coordinating the Bulldog running game.

"Yeah, I have 18 guys, 18 players in my room, and they're all bigger than me," Sapolu said. "Ten starters I believe who started games last year, so all those guys are back. They're hungry to continue to compete so that that definitely helps to have some veteran presence there and they want to continue to get back. There's a sour taste in our mouth from last year, so they're ready to roll."

All 18 of those guys will be looking to Sapolu for guidance and wisdom this season after he was named one of the nation's top young coaches on the 24/7 Sports 30 under 30 list.

At 28 years old, he's not all that much older than the young men he's coaching - perhaps helping them connect in a way that older coaches can't.