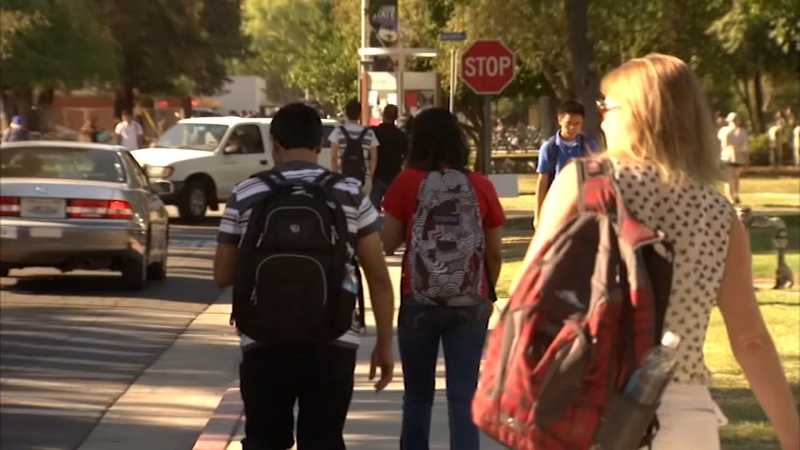 FRESNO, Calif. (KFSN) -- Finishing a degree in four years means a tight timeline, something students across the state of California know all too well.

"The whole concept is California needs graduates all across the state, the more university graduates we have, the stronger our economy will be," said Dr. Saúl Jiménez-Sandoval , provost and vice president for academic affairs.

The Graduation Initiative 2025 started in 2016 and is an effort by the California State University system to increase degree completion rates.

"They did a study that found by the year 2050 we were going to be a million graduates behind in the state of California, so instead of importing talent from outside the state, what the trustees wanted was to produce talent from within the state," Dr. Jiménez-Sandoval said.

Fresno State's individual university goal is a slight bit lower, with a graduation rate of 35 percent in four years and 69 percent in six years.

Currently, only 18 percent of first-time students at Fresno State graduate in four years and 56 percent graduate in six years.

But the university is working to increase those numbers. Step one is making students know what it takes to finish on time.

"Most students don't know, for example, it takes 15 units a semester to graduate in four years. Since they get full financial aid at 12 units they think that 12 units is that magic number that gets them a four-year grad rate," Dr. Jiménez-Sandoval said.

Another challenge is some of the gateway courses that students need to pass early on can pose a stumbling block.

"We are investing resources in peer-to-peer tutoring." Dr. Jiménez-Sandoval said. "It's the juniors and seniors that have successfully passed the class then return to the freshman and sophomores currently taking the class."