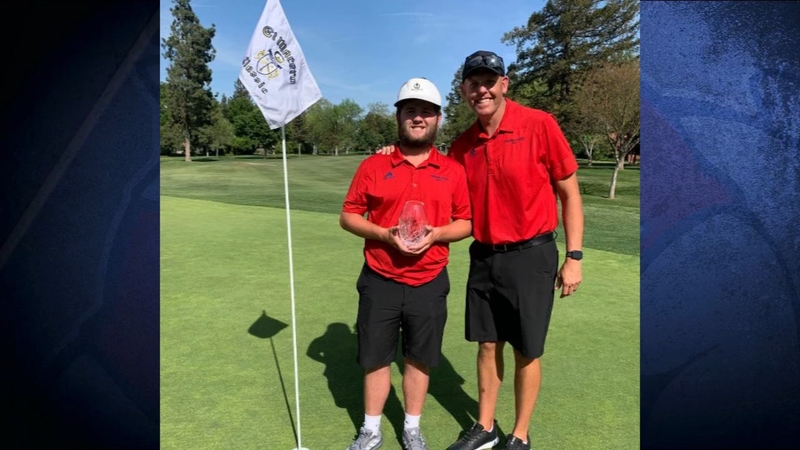 For the second time in as many months, Fresno State gets a first-place medalist from the men's golf team. Matthew Sutherland, the nephew of former Bulldog and pro golfer Kevin Sutherland, picked up his first college win in the El Macero Classic.

After the first two rounds of the Fresno State Classic out at Copper River Country Club, it's a Bulldog who has set the pace. Harriet Lynch leads the field by 3 shots at -10 after rounds of 68 & 66.

All smiles for Harriet Lynch after round 1 😃

The junior is tied for FIRST-PLACE after an opening round 4-under-par 6⃣8⃣ #GoDogs | #PrideOfTheValley pic.twitter.com/Vzd3QelAKp

The junior from England is in search of her first collegiate win and will tee off Tuesday at 8:30 AM (shotgun start).

Back from her second trip to the Augusta National Women's Amateur, Brigitte Thibault posted rounds of 75 and 71 to sit in a tie for 17th place.

Tuesday, Jake Dixon was named Mountain West Pitcher of the Week for the first time in his collegiate career. The Clovis native and former Sanger Apache threw eight shutout innings and got the win in game two of Saturday's doubleheader against Air Force.

It was the 601st win of head coach Mike Batesole's career at Fresno Stat,e tying him with the late Pete Beiden for second-most in program history. He can most past the legendary coach on Tuesday when the Diamond Dogs (9-15, MW 6-9) travel to face USC (15-11) at 6:00 PM.