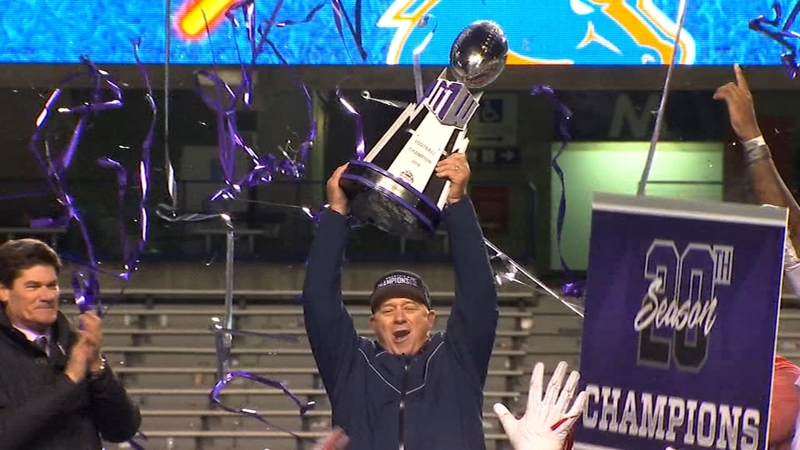 Once again, the Bulldogs are entering this season with a target on their back and rightfully so considering they just came off the winningest season in program history.

"We don't pay too much attention to it. It's a compliment, and people are starting to notice where the program is trending. So you take it as a compliment but you can't look too much into it. You just gotta keep working to do what we do," said Fresno State Defensive Back JuJu Hughes.

The last two years, doing what the Dogs do, just win.

"They're a top dog and they got a target on their back and they know it and they got an attitude about it that's championship mindset," said Nevada's senior Wide Reciever Kaleb Fossum.

"They were a top school, but I didn't look at them like a powerhouse like I do know. They're big dogs, and we're going to be gunning for them for sure," said Hawaii's junior Quarterback Cole McDonald.

22 wins in two years certainly left an impression on the conference. But for Coach Tedford, the biggest challenge is to sustain that success.

He says he anxious to see who steps into that role when Fall Camp begins but at the very least happy to have a successful blueprint.

"One of the biggest things is belief and so when I have young people come through the program, and they see that there's been a formula that if they can follow it," said Tedford. "It gives them trust and belief that it's possible if you follow those parameters."

But despite a 12 win season, two years and two bowl wins and a preseason projection to win again, this year's crop of Bulldogs remains hungry.

"Whenever I hear about us outside of Fresno it's always the underdog story, so we're just looking to gain people's respect," said Fresno State Running Back Ronnie Rivers.