Fresno to focus on urban infill in new general plan 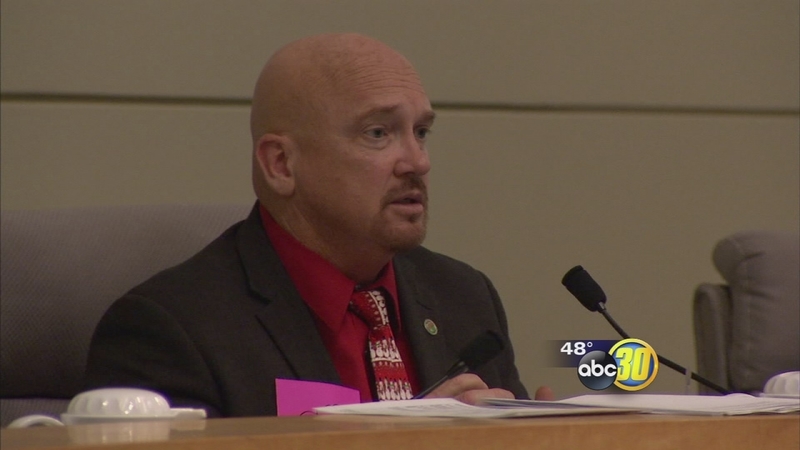 Fresno to focus on urban infill in new general plan

FRESNO, Calif. (KFSN) -- History was made late Thursday night at Fresno City Hall. In a 5-2 vote city council approved a new general plan, the key to future development and growth in the city.

The arguments were strong on both sides, but this new general plan will send Fresno development into the inner city, focusing on blighted neighborhoods and areas that seem to now be parts of forgotten Fresno.

"We're very much looking forward to this kind of growth," said H. Steele and young Fresno resident who supports the 2035 General Plan. "My generation really loves urban centers and we're kind of flocking to those areas. I'm excited to be heading to that direction."

Brandau says his opposition was misunderstood. He's says Fresno doesn't want small property footprints. "I am suggesting to you that if we do a heavy infill focus, we're going to move people out of our community a little further," he said. "Because Clovis isn't helping with our plan, and Madera is not helping with our plan."

Clint Olivier is the only other council member who voted against the 2035 General Plan. He says his vision is different. Like Brandau, he doesn't want to see residents leave to less expensive nearby communities like Sanger or Madera.

Mayor Ashley Swearengin pitched the plan initially. She says the hours of work and public input delivered what's right for the city. "Some people were saying too restrictive, and other people were saying not restrictive enough," she said. "That felt, to me, like we were striking the right balance. But it's all in the implementation and we know we have a lot of work left to do."

How this blue print turns out is anybody's guess right now. But the feeling at city hall is to move forward.

"I don't think that having concerns is ever a reason to not do something," Steele said.

The focus of the discussion was mostly on land usage and traffic. But most council members say air and water quality, as well as public safety, should be given higher priorities.

There'll no doubt be more debate on Fresno's future as the general plan is implemented.

The city released the following statement to Action News:

"This is a very historic moment," said Mayor Ashley Swearengin. "Think about it. It's only the sixth time since our city was founded that we've debated and crafted a clear vision for Fresno's future. That's worth celebrating."

The General Plan serves as the blueprint for the future land use and growth of the city in the form of maps, goals, objectives, policies, and implementation measures necessary to guide the city's growth for the next 20 or so years. Virtually all City departments, along with other agency partners and stakeholders will develop their strategies, calculate their capacities and will develop their plans for successive decades contingent on what it prescribes.

State laws require that general plans be updated periodically to reflect population growth and physical changes that occur through development. The City of Fresno last updated its General Plan in November 2002 (commonly referred to as the 2025 General Plan).

"Our development team deserves a lot of credit for the hard work that went into preparing the General Plan Update," said Fresno City Manager Bruce Rudd. "Now that it's been approved, we will start the process of providing the specifics that will define our city's future."

Mayor Swearengin added, "It's important for us to honor the efforts already put forth by City staff, as well as the public, by making sure we maintain a clear focus on revitalizing the city and building on our success."