No one was injured during the collision.
KFSN 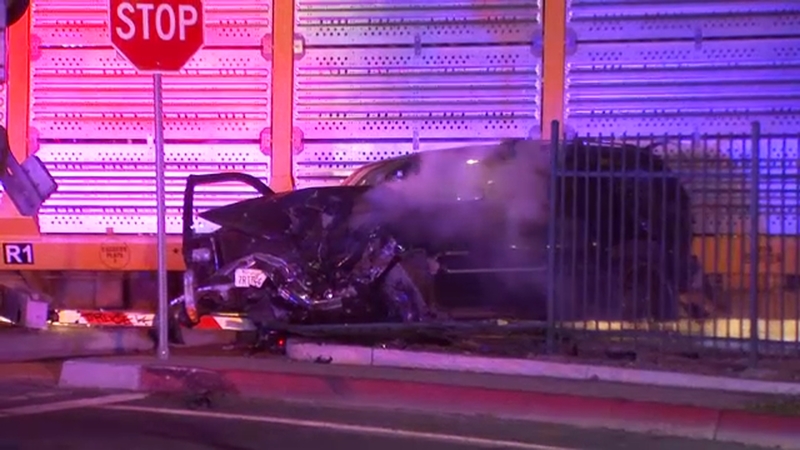 FRESNO, Calif. (KFSN) -- Fresno police are searching for one of three men who took off after crashing near Community Regional Medical Center and abandoned their SUV on the railroad tracks.

Police were not able to stop a train from slamming into the abandoned vehicle.

Investigators say on Friday night they were closing out an event on Fulton and Fresno Street when they tried to initiate a traffic stop on a vehicle leaving the event.

The driver of that SUV took off, losing control and getting stuck on the railroad tracks near the hospital.

Once police caught up, the three men in the car ran from officers and into the neighborhood.

"We were trying to attempt to get the train to stop on time and that train ended up striking the vehicle," said Lt. Ignacio Ruiz.

No one was injured during the collision.

Officers were able to apprehend two of the men, who they learned are gang members.

One of those men was the driver and arrested for DUI.

The search continues for the third suspect.

Police say the investigation is ongoing but a loaded handgun was found next to the SUV.