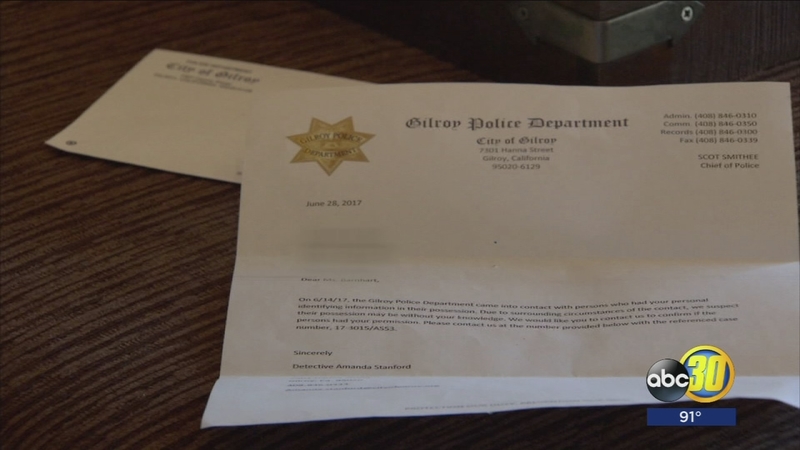 "Identity theft is just a scary thing. Can ruin your credit, ruin your life possibly."

Barnhart is among 53 employees and retirees who Gilroy Police believe are at risk.

"We immediately jumped onto our credit reports, our bank statements, credit cards, and so forth. As of right now we're in good shape."

It is not just local teachers though; police said there could be hundreds of other victims.

"There was stolen mail, there were checks, there was a spreadsheet from the Unified School District-- so this wasn't just one item," said Sgt. Jason Kadluboski, Gilroy Police Department.

The hard part now is finding the victims and figuring out how all this information ended up in the wrong hands. Gilroy Police said there is no way to pinpoint where or when the FUSD data breach happened-- but it appears the information is a couple of years old.

Fresno Unified gave us this statement which said, "The district is investigating if this is related to a 2015 vendor breach. In the meantime, if an employee has concerns they can call risk management at 457-3561."

Barnhart said while victims may feel exposed she doesn't think it's anyone's fault.