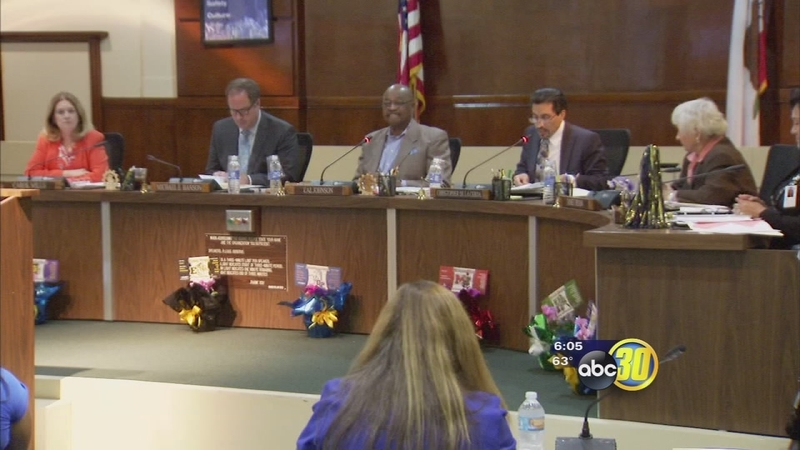 FRESNO, Calif. (KFSN) -- The deadline is less than a week away for the Fresno Unified School District to hand in documents relating to a federal grand jury subpoena. But now the case could be delayed.

The attorney for Fresno Unified told Action News Friday afternoon they are going to be handing over hundreds of thousands of documents relating to this case. There's no way it can get done in time for the original deadline, which is next Thursday.

Fresno Unified School District's Attorney for its federal case, Carl Faller told Action News they're working with prosecutors on finding a new deadline to hand in six years worth of documents. The information being requested by a federal grand jury includes documents relating to Measure Q, plus any and all communications relating to construction agreements. "There's not a chance in the world that will happen next week. There're 73,000 students in this district-- it's a major operation to try to collect all of these documents," said Tony Capozzi, ABC30 Legal Analyst.

The FBI is investigating the district on whether it illegally entered into a non-bid $37-million construction agreement with Harris and Bush construction to build Gaston Middle School. Capozzi said a specialized internet technology company has just recently been hired to gather up all the digital documents for the investigation. "This is going to cost the district well over $100,000 to hire the vendor and to go through all of those documents, produce this to the grand jury-- there's no question about that."

Capozzi estimates the district will need at least two more months to hand over all the information needed by the federal grand jury. "The important thing here is having this third party to come in and search for the documents-- really protects the integrity of the documents, it's not the school district itself going through and looking for what's to be produced, but a third party that has nothing to lose."

Once the documents are handed over it's up to the federal grand jury on whether or not they need any district officials to testify on the case. Then the information is handed over to the US Attorney's Office, which will have final say over whether any charges are filed. That may not happen until next summer.
Related topics:
educationfresnoconstructionfresnofresno unified school district
Copyright © 2022 KFSN-TV. All Rights Reserved.
FRESNO
Mayor Dyer plans to add more officers to Fresno Police Department
Armed men rob 2 Fresno grocery stores within an hour, police say
Where to see holiday lights in Fresno and Clovis
Where to see holiday lights in Fresno and Clovis
TOP STORIES
Man hospitalized after apartment fire in central Fresno
COVID hitting Central CA hospitals 'greater than ever before'
Merced police searching for suspect in armed robbery at gas station
12-year-old boy hit by vehicle in Merced, police searching for driver
Woman shot at Clovis hookah store dies, police say
House destroyed by fire in Tulare County
Expect more worrisome COVID variants after omicron, scientists say
Show More
Standoff at Texas synagogue ends with all hostages safe, suspect dead
Fresno County, Cal/OSHA reduce isolation guidance
74-year-old man killed in multi-car crash in Fresno County
Fresno County to distribute at-home COVID tests to restaurants
Security increased at Tulare Outlet Center after recent robberies
More TOP STORIES News